By John Lewis
0 Comments
For a good 30 minutes, blizzard conditions appeared to prevail in a small part of South Otago yesterday, as the "Norman-ator Mark 2" made short work of plucking about 260 ducks.

The table, built by Ross (Norm) Stanley, of Cromwell, has four spinning rotors with rubber fingers that whip up a flurry of feathers. 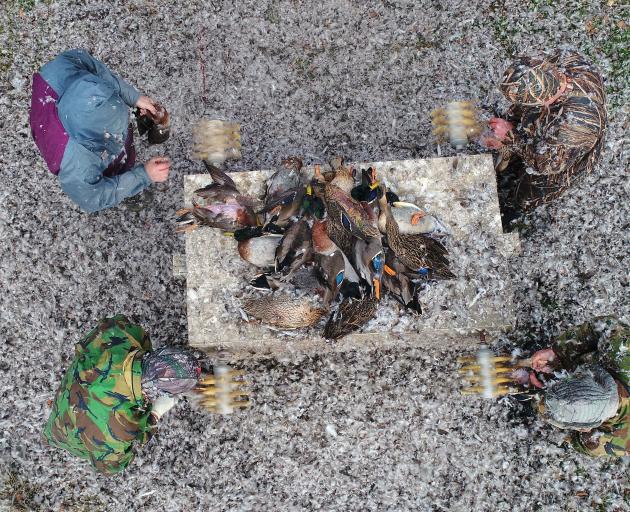 One of Mr Stanley’s duck-shooting mates, Ken Telford, said it was very effective at plucking ducks, but you had to be careful with it.

"The rubber fingers are about three inches long and you need to watch where you put your hands. 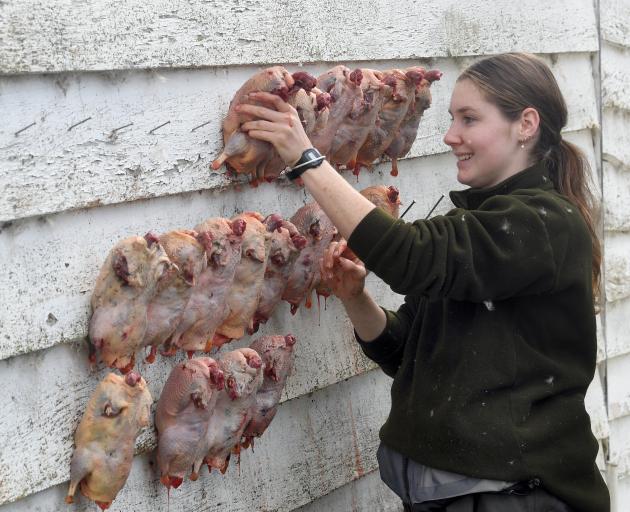 Mel Telford (20), of Wanaka, has been attending the annual opening weekend reunion her whole life.
"It’s a slap on the wrist you won’t forget in a hurry — a reminder that you didn’t get it quite right. It hurts like hell."

The duo were among a group of 15 friends who had been shooting together at Waiwera South for nearly 40 years.

Covid-19 delayed the duck season opening by about a month last year, which meant many of them were unable to attend, because some of them came from as far away as Auckland and Papua New Guinea.

Mr Telford said opening weekend was like a reunion, and this year’s was very special.

"It’s always a big reunion. It’s the only time we get to see each other. It’s great."

He said the group shot about 260 ducks, which was on par with previous years.

"There were more than enough ducks for everyone to take home."

And this year, they kept the gizzards and some of the offal for a family in Te Anau.

"They process it and eat it." 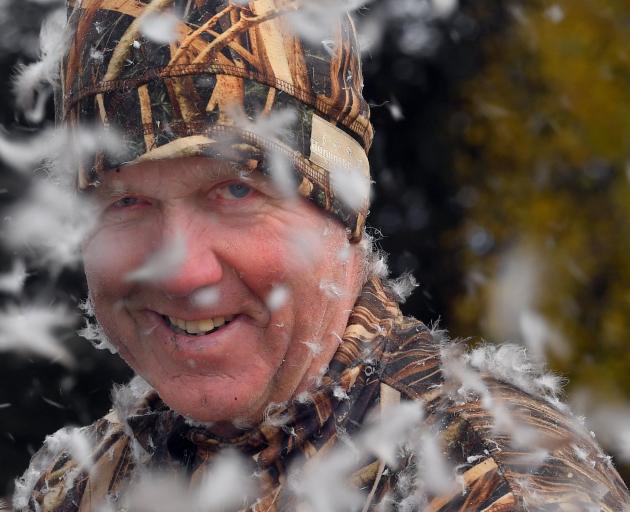 Ken Telford watches the feathers fly.
Their philosophy is: don’t waste anything.

"Sometimes we make salami out of it, as well," Mr Telford said.

Fish and Game said the number of ducks shot across Otago over opening weekend was mixed, and almost all hunters checked by rangers were compliant.

One infringement notice was issued for possession of lead ammunition at a pond.

Queenstown police are investigating an incident in which two women were hit by shotgun pellets yesterday.

Detective Sergeant Paul Slater said the women were walking along a track by the Clutha River in Alexandra about 11am, when they received minor injuries from pellets, one in the lower leg and the other in the shoulder.

Police would like to speak to a group of men who fired shots from a boat on the river.

"The men responsible spoke to the injured women when they realised what had happened and offered assistance.

"However, they left the scene in their boat and have not yet been identified."

Police were notified of the matter after the women’s injuries were treated at the Alexandra Medical Centre,.