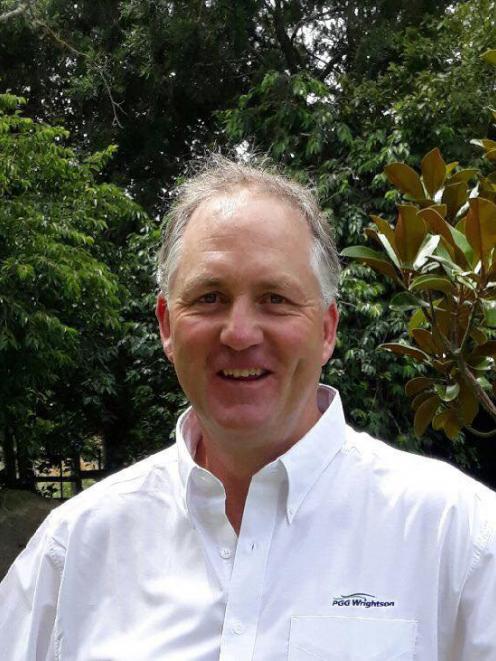 Mr Heffernan, who was recently named the Real Estate Institute of New Zealand’s 2018 Rural Rising Star of the Year, has a diverse farming background.

He and wife Rebecca continue to farm a 130ha irrigated property at Weston, in North Otago, alongside his real estate role.

Brought up on a farm in East Otago, he was educated at St Kevin’s College in Oamaru before heading to Lincoln for a diploma in agriculture.

His family has had a longstanding interest in harness racing and, after leaving Lincoln, he worked on prominent Canterbury horse stud Nevele R.

From there, he returned to the family farm at Morven and focused on dairy grazing. When that property was sold, he headed to Hillend in South Otago where the couple converted a farm to dairy.

They milked on that farm for two years before heading across to Tapanui for a year’s sharemilking.

That farm was sold ‘‘right on the button’’ of a $5.40 payout and the couple moved to a sheep and beef farm at Lawrence briefly, before returning to North Otago 12 years ago.

Mr Heffernan first started dealing with PGG Wrightson when he was 18 when he was given his first loan to buy cattle from then Stringer and Co manager Neville Langrish.

Mr Langrish later kept suggesting that he should pursue a career in real estate and Mr Heffernan quipped that he ‘‘finally wore me down’’.

While he had been told that it had been a slow, soft selling cycle — probably because of the dairy industry — he did not know any different, and he had found it ‘‘fine’’.

Because he was still farming, he was a regular attendee at the weekly Waiareka stock sale and kept up to speed with pricing and other market factors that farmers needed to know, and his background had been invaluable.

‘‘I have remained completely in touch with the whole sector which is necessary when you sell rural property.’’

The role involved representing people’s futures; while there was a fiduciary obligation to represent the vendor, there was also a duty of care to the buyer.

Buyers were your next lot of sellers and, as one colleague noted, ‘‘it’s a long game, not a short one-dayer’’.

Because he was still farming, Mr Heffernan said he was not commission driven, which he viewed as ‘‘just a by-product of making a good sale’’.

Mr Heffernan said ‘‘solutions’’ summarised the approach that led to his success.

‘‘When you are marketing rural property, your role is to match up buyers and sellers. There is no point showing someone a $4 million farm if they only have a $2 million budget.

‘‘That is just a waste of time for everyone, and will lead to frustration. I’ve found that, so long as you listen to what buyers and sellers are saying, and can take an inventive approach, you should be able to find a solution that works for all parties.’’

The real estate, managing the firm and maintaining an interest in the the couple’s two children, Levi (11) and Stirling (8), keep him busy but he enjoys it.

Harness racing has also been a strong interest for Mr Heffernan over the years, including breeding and training.

He still had his training licence and expected he would ‘‘rev up’’ when the days got longer.

Oamaru was a ‘‘super little service industry’’ town and the expansion of irrigation had been a driving force. It was a service town that was very heavily relient on the rural sector.