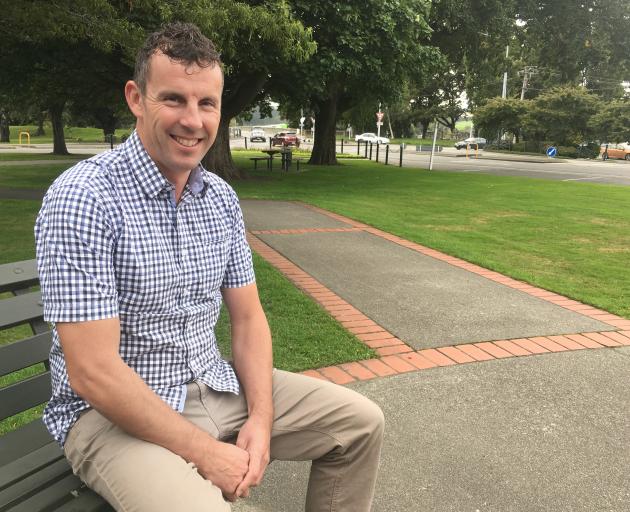 Working in a shiny new $240 million nutritional formula plant is a far cry from a dream of being a musician.

But Nathan McRae, process manager at Mataura Valley Milk on the outskirts of Gore, has no regrets about eventually choosing a career in the dairy industry.

His interest was sparked in Europe during a year-long OE with his wife. He decided he wanted to take the opportunity the industry offered and pursued that interest when he returned to the South.

Gore-born-and-bred, Mr McRae has lived in the Eastern Southland town all his life, with the exception of his OE.

Prior to heading overseas, he was exploring what his interests and career opportunities could be.

He ended up studying at the Open Polytechnic in Invercargill and was working towards a diploma in music.

A keen guitarist, he was also playing drums and piano and thought that might be the direction he would take.

But it was not to be; he lasted one term after completing grade 5 in theory and decided he did not want to continue pursuing a career in music.

The couple lived for nine months in Amsterdam where Mr McRae worked at a company that exported plants and bouquets throughout Europe.

While that was more to fund their travel around Europe and the UK, as opposed to a career interest, he quipped that he was told he was quite good at putting together a bouquet. ‘‘I don’t tell too many people that though,’’ he confided.

Moving into the dairy industry, his career started at Fonterra in cheese manufacture and he worked in several positions, ending up as a process manager — a position in which he worked or two years.

From there he went to powder manufacture and did four years as a process manager, and was responsible for two powder-manufacturing processes.

As his interest developed, he had the opportunity to attend Massey to study dairy technology which he completed in 2008.

He joined Mataura Valley Milk in November last year as a process manager. The company is majority-owned by China Animal Husbandry Group and the majority of the infant formula to be produced is destined for export.

Two years was spent constructing the plant on previously bare farmland at McNab and the first milk from the company’s shareholder suppliers arrived in August.

For Mr McRae, the move to Mataura Valley Milk was firstly about continuing with his development in the dairy industry.

‘‘I could see the opportunity a greenfield site had to offer in terms of commissioning a new plant and working with a product that I had not worked with before [infant formula].

‘‘A project of this scale does not come around often and to be part of the build was an opportunity I wanted to pursue.

‘‘I also liked what Mataura Valley stands for and that being the ‘world’s best’ nutritional business. Who doesn’t want to be the best?’’

Being a local person, Mr McRae could also see the value it would bring to local businesses, with many involved with the build and also the ongoing operation.

When it came to the recruitment of nutritional technicians, he was very proud of the team that had been established.

They ranged from highly experienced staff to some with no experience. Many were local to Southland.

‘‘To see the team grow and develop over the last few months has been a credit to them all. We have had our staff attend automation training in Auckland, practical training with GEA process engineers, we have carried out NZQA training towards a dairy certificate to educate the team in dairy fundamentals.

‘‘The team have had to develop systems and procedures all while getting the plant into a state of operational readiness. It has been a huge undergoing and they have all accepted the challenge well.’’

Now the plant was up-and-running, it had been great to see the staff apply their learning practically and they had all settled in well.