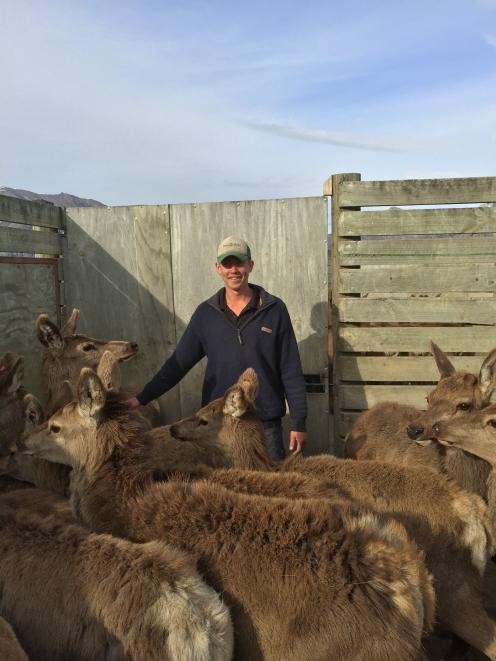 Lachie Mee works with deer at Coleridge Downs. Photo: Supplied
Colderidge Downs, in the Rakaia Gorge, looks like paradise, but the Coleridge Down Training Farm is home to hands-on hard-yards-style training for youth with a passion for agriculture and the outdoors.

Lachie Mee (18) finished at Waitaki Boys’ High School as a year 12 pupil last year and started at Coleridge Downs in January along with two other first-year cadets.
And when he started, he quickly learned he had entered the workforce.

‘‘It was definitely a lot more of a grind than school was. We’ve been learning heaps and you just get more confident in everything you do. It’s a lot more enjoyable and a lot more rewarding, but it’s definitely harder work,’’ he said.

Across Annavale Station, Big Ben Station, Coleridge Downs and Dry Acheron Station, along with four other cadets, and 11 full-time staff, he has the opportunity to work with sheep, Angus cattle, red hinds and wapiti.

With a classroom on site, he can spend a morning in the classroom and the afternoon weighing heifers. And coming from an outdoors pig farm at Methven, ‘‘everything’’ was new to him.

He will soon get a new huntaway pup to complement the huntaway and heading dog he had been working with.

‘‘The weather can be pretty terrible and you’re out in the snow and the rain and the wind but you soon get used to it and learn to suck it up.

‘‘It’s a pretty good workplace to be living in. The scenery’s bloody good around here, with the mountains — we’ve got Lake Coleridge on one side of us and the Rakaia River on the other side.’’

He had wanted to work in the high country, learn about sheep and beef — Coleridge Downs had ‘‘definitely’’ been his first choice and he had no regrets.

Coleridge Downs general manager Tony Plunkett, originally from Kurow, has spent 10 years at the farm — it was a working farm, kept at a pretty high standard, and the cadets saw that, he said.

Since it became a training farm a couple of years ago, he had watched the young cadets transform in their time there. 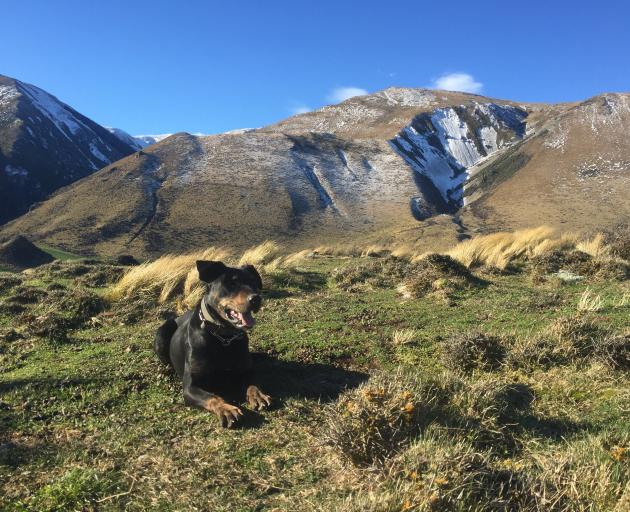 He remained passionate about both agriculture and ‘‘teaching the new generation, helping them through’’.

‘‘We hear so much about not enough young people coming into agriculture. We’re just giving them an opportunity here — that there is a pathway,’’ Mr Plunkett said.

‘‘It’s all hands on. The real strength is, they’re learning as they’re doing. So, they’re not standing around looking, they’re actually doing.’’

Last year’s cadets had gone on to work at Annavale, Middlehurst Station in Marlborough and one was working in Wanaka.

Coleridge Downs training manager Kristen Hubbard said while it could look like an attractive setting, cadets were expected to put in the hard yards

‘‘It’s no holiday, it’s no paradise, it looks beautiful, but they work hard, and they train really hard,’’ she said. 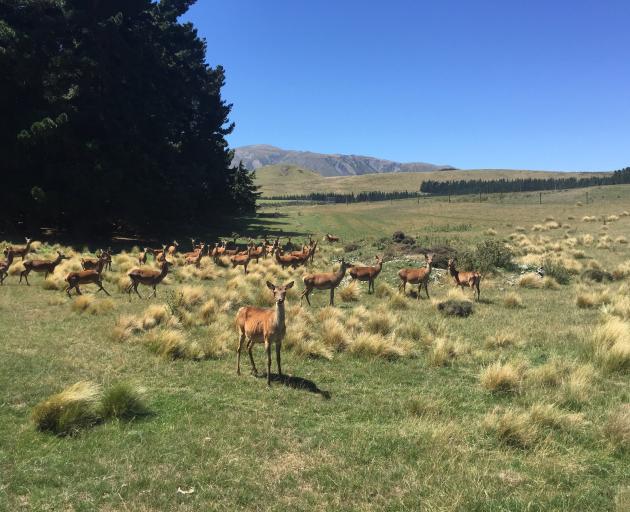