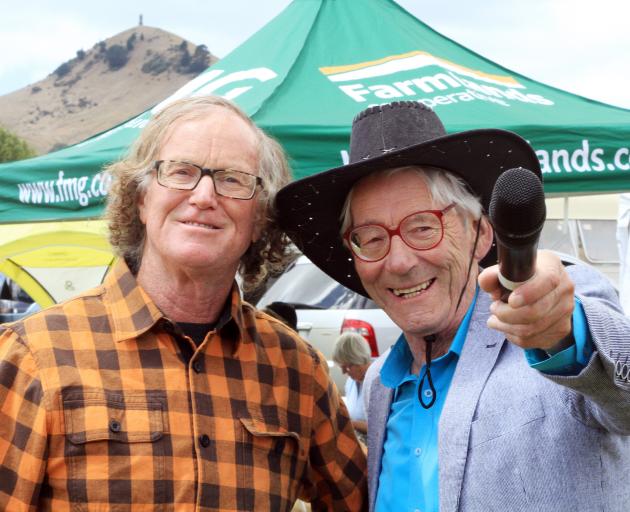 It is a big week for Paul Mutch and his band of helpers.

The Otago Field Days are being held today and Saturday at the Palmerston saleyards, next to State Highway 85.

They have grown since their inception in 2016 and Mr Mutch, the chief executive, describes them as a ‘‘fast-moving ball’’.

Mr Mutch was farming mostly deer and also dairy grazing on a 1600ha property when he was initially approached to join the committee of the Palmerston-Waihemo A&P Association.

He was also involved in business in Dunedin, particularly landscape and property development.

It then emerged that a president was required and it was a case of ‘‘total immersion’’, he recalled.

But it was a great experience and plenty of things happened in that time, including health and safety legislation coming ‘‘to the fore’’, employment law, the Animal Welfare Act, and also the outbreak of Mycoplasma bovis.

In particular, there was a lot of work involved with understanding health and safety and how it needed to be managed.

A new driveway was developed, to prevent vehicles going through the middle of the grounds, and debris and items that had accumulated over the years were removed.

The yards were assessed as dangerous to both livestock and people. Much level ground was developed and is it proposed to rebuild some yards under cover.

Originally, the East Otago Field Days were developed by the committee of the Palmerston and Waihemo A&P Association to increase attractions in the district and to raise funds for projects to provide modern infrastructure for local and regional community use in the areas of education or sport.

The goal was to provide a premium agribusiness event annually to farmers, suppliers and agriculturalists with a networking platform and a base for sales.

When the event started, it was over one day but it had since morphed into two days. And the A&P association has other events — it has a spring show in September, and then its annual show on February 2-3.

A have-a-go day and interschool equestrian competition were yet to be scheduled for next year.

An increasing number of people were coming forward, asking what they could do to help. Following this year’s field days, a strategy meeting would be held to see what would develop in the future, Mr Mutch said.

Rather, the organisers wanted to have an event large enough that people could come and spend a full day there.

There is a good mix of exhibitors at this year’s events, including utes and tractors and implements.

Farming was very buoyant at the moment and field days probably had a greater role to play as a way of allowing farmers to go to a venue, Mr Mutch said.

There was resistance showing to the fact vendors could not go to farms as readily as they had in the past and move from property to property.

Leading the team was enjoyable and they were also looking at ways to make things work better for both visitors and exhibitors.

The location next to the state highway was ideal and it was also a central location in the South Island.

Mr Mutch stood down at the Palmerston-Waihemo A&P Association’s annual meeting this year and Garry Dodd was elected president.

Mr Mutch said he was designated past president and he also was keen to keep in touch with capital development.

It was not easy for A&P shows but he believed there was a place for them. Some — including Palmerston-Waihemo — dated back 150 years or more and they were one of the oldest institutions in the country.

Field days had an important role to play in connecting people from the urban and city with the rural community.