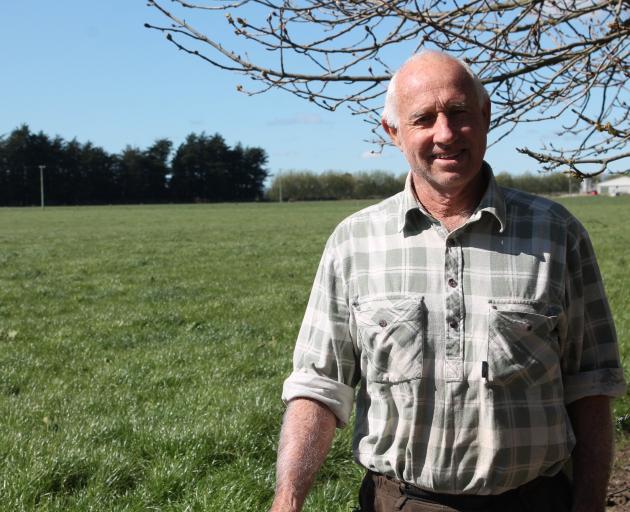 Southland farmer John Kennedy knows better than most the hardships faced by farmers.

In his 50 years as a farmer, Mr Kennedy has seen the sector suffer through adverse events from droughts to snow storms, the Global Financial Crisis and, more recently, the cattle disease Mycoplasma bovis.

It was 11 years ago Mr Kennedy stepped forward to offer a helping hand to those farmers in need.

The Southland Rural Support Trust (originally the Southland Adverse Events Trust), of which Mr Kennedy is the chairman, was formed after the Big Snow of 2006 when Canterbury and North Otago were buried under a pile of snow.

‘‘The snow that fell in Canterbury was on a scale which was unheard of at that stage. There was a sudden realisation that really there was no organisation that was there to pick up the pieces in an adverse event,’’ he said.

Over the past decade, the trust has acted as a voice for the individual farmer in addressing personal and professional issues, and in dealing with the bigger agricultural organisations.

No two days are the same for Mr Kennedy. In fact, every day is ‘‘all over the place’’ for each of the trustees, he said

Cases and call-outs can range from farmers having relationship issues with employers, animal welfare issues, and financial hardship, to adverse events, M. bovis, and dealing with mental health issues and suicides in the sector, he said.

‘‘Sometimes you need an independent, impartial, non-judgemental person. Just someone to talk to.

The majority of cases came from concerned friends or family referring someone to the trust, he said.

For the past year, Mr Kennedy’s focus has been supporting Southland farmers affected by M. bovis.

The Ministry for Primary Industries confirmed the cattle disease was present in July 2017, and tens of thousands of cattle have been slaughtered since in an attempt to eradicate the disease.

The effects of the disease had been ‘‘debilitating’’ for some Southland farmers, he said.

The trust’s role was initially to offer support for the welfare of affected farmers, but had since taken on an advocacy role for the individual farmer, he said.

‘‘There are very specific issues for farmers, so we make sure that their individual issues are heard and we push really hard on that actually.

With testing still under way, the future was uncertain for many farmers, he said.

‘‘The uncertainty around what’s happening to their animals is difficult for them and what’s really difficult is the timing it’s taken for testing to be completed.

‘‘I understand there has been a lot more testing capacity being taken on recently so it’ll be really encouraging to see that time come down significantly, that’s really important.’’

The majority of farmers were ‘‘pretty pragmatic’’ when it comes to getting through such events, but a small portion of farmers ‘‘just have nowhere to go’’, he said.

‘‘It takes an awful lot for farmers to pluck up the courage to ring somebody they don’t know.

‘‘When somebody rings us, you know they actually have nowhere to go,’’ he said.

While there had been a ‘‘huge amount of publicity’’ encouraging farmers to reach out for help, it was a message which needed to be reinforced, he said.

‘‘I guess it needs to be reinforced because it is very easy to slip back into the ‘carry on’ mentality,’’ he said.

Working in such a role can take its own toll also. However, regular debriefs with trustees to ‘‘let off a bit of steam’’ was a good way to cope, he said.

The rural community had offered its own support to the trust also, he said.

‘‘One thank you actually compensates for 20 other bad cases really, so it doesn’t take much to make you feel a bit better.