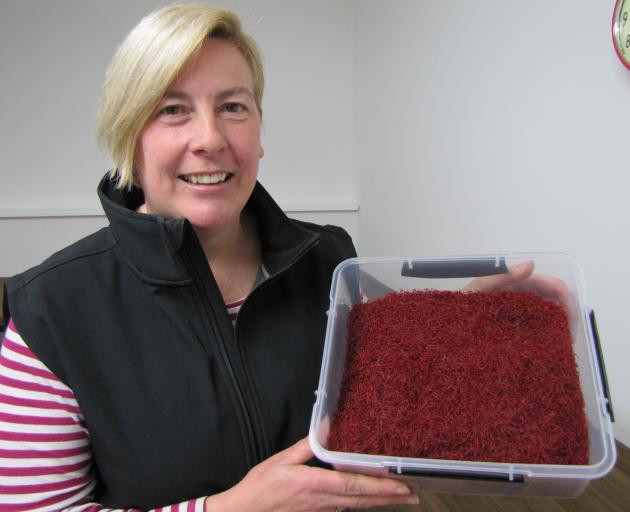 Wendy King shows off about 300g ($9000) of Wynyard Estate saffron. Photo: Pam Jones
A different kind of gold is paving the future of Teviot Valley couple Wendy King and Graham Strong, whose premium saffron is gaining worldwide attention and has clinically-proven health benefits.

Saffron is known by many as ‘‘red gold’’ because of the high price it fetches, but its harvest is painstaking work.

The flowers need to be handpicked, the stigmas are then plucked out by hand, the corms need dug up and replanted every three years — and then there is the weeding.

‘‘People sometimes ask us if they think it’s a good idea for them to go into saffron and the first thing I say is ‘do you like weeding?’ If you want to grow saffron, you have to get used to the constant weeding you have to do. Sometimes I feel like a glorified weeder,’’ Ms King said.

But she said ‘‘every time I come down our driveway on to our property I think how lucky we are’’, thrilled to have turned their saffron business into a thriving venture. 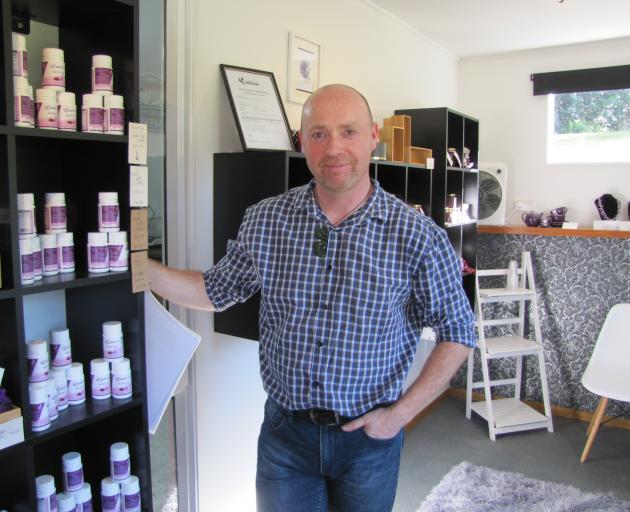 Ms King and Dr Strong, who holds a doctorate in botany and works for Otago Innovation, the University of Otago’s commercial arm, started experimenting more than six years ago with about 20 corms ‘‘we bought off Trade Me and grew in tubs’’ in their Dunedin backyard.

The experiment was successful enough that, looking for a new venture that combined agriculture and commercial outcomes, they bought their 6.4ha Dumbarton property in 2012 and started planting in earnest, establishing Wynyard Estate and planting 4500 saffron corms on 1250sq m.

Six years later, the corms, which are ideally suited to Central Otago’s dry climate, and increase exponentially and need moving every three years, have increased to about a million on 1.2ha. Wynyard Estate will have about 4 million corms by the end of the year.

Crocus sativus flowers are flanked by stigmas being dried for saffron at Wynyard Estate. Photo: Supplied
The saffron, available only direct from Wynyard Estate, from Ms King at local markets, from selected suppliers or through the Wynyard Estate website, is the only saffron in New Zealand to have International Standards Organisation premium grade accreditation. Wynyard Estate is also believed to be the only New Zealand producer that does not blend its saffron with that of other producers, and is also spray-free.

The ISO grading, as well as its other points of difference, give Wynyard Estate a valuable advantage, and Ms King and Dr Strong follow the mantra that ‘‘reputation is everything’’.

They now have customers throughout the world. The United States is their biggest market, and they have sales in the United Kingdom, Australia, China and Japan. They even, ‘‘ironically’’, have customers in Iran, the world’s biggest saffron producer. 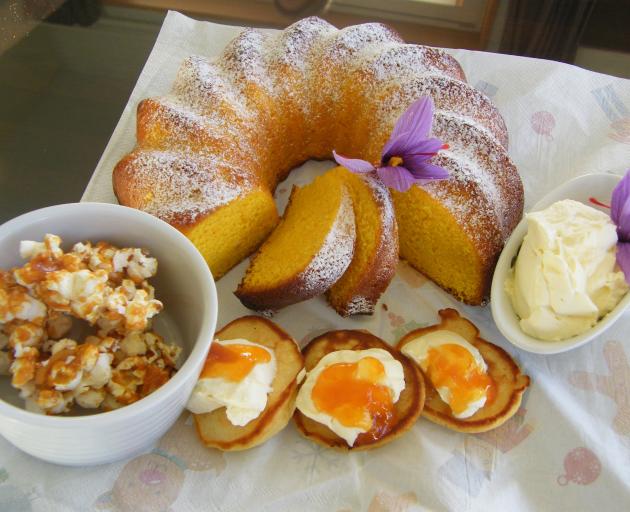 Wynyard Estate harvest figures are private for commercial reasons, but the saffron harvest is measured in kilograms, not tonnes; it takes about 150,000 flowers to yield 1kg of saffron.

Each flower produces about three red stigmas, which become the threads of saffron when dried. Top-grade saffron — which grows from only one variety of crocus, crocus sativus — fetches up to $30,000 a kilo.

The saffron products Ms King develops include preserves, saffron-infused honey and saffron-infused pink Himalayan salt, but it is a saffron health supplement that has become their latest and most important focus. 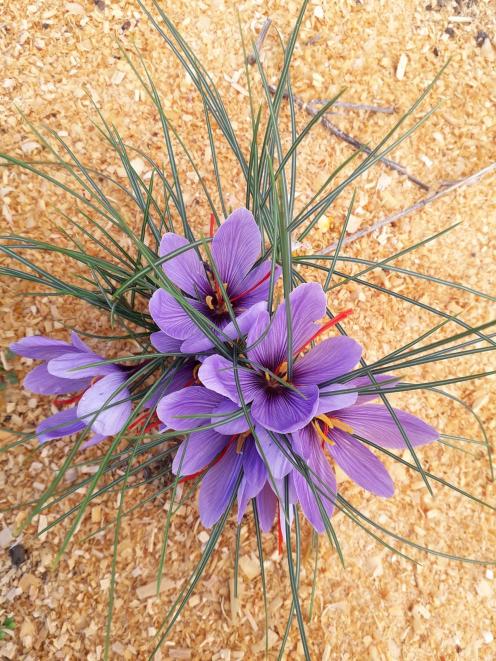 Studies have shown that saffron supplementation helps eye health, clarity and function, in particular for those with age-related macular degeneration, by protecting the retina against harmful UV rays, increasing blood flow to the eye, and boosting antioxidant defence. Saffron stigmas contained more than 150 volatile and aroma-yielding compounds, Dr Strong said.

Along with the growth of their saffron farm and the development of other facilities there — such as a custom-made saffron-harvesting facility, a saffron studio that sells products, and a garden area, where garden tours are now done — it is the success of the Hawk Eye supplement which gives them the most pride, and which was always their goal.

‘‘This was always our plan, right from the outset. It was always about health and wellbeing, but it took some time. In the meantime, we sold saffron,’’ Dr Strong said.
Saffron is also known to be a big help with some women’s health issues, such as menstrual cramps and PMS. Wynyard Estate is planning to release a women’s health supplement, featuring a higher dose of saffron, soon.

Ms King and Dr Strong are also observing international research, which suggests saffron could help with other issues such as Alzheimer’s, cancer and depression.

Saffron-infused products are on display in the Saffron Studio in Dumbarton. Photo: Supplied
Comment now