Crunchy managing director Benji Biswas at his microgreen growing business in Invercargill. Photo: Supplied
Watching a documentary about food wastage two years ago affected Invercargill man Benji Biswas so much, he decided he needed to do his bit to counteract it.

‘‘It made me come to the understanding that actually our world, the way we’re evolving over the next 15 to 20 years’ time, 70 % of the population is going to be living in a city.

‘‘It also showed me the way we had been farming for the last 12,000 years, that model, can no longer be sustainable.’’

The amount of pesticides used in food production and also the amount of wastage which occurs just through its transportation was huge, he said.

‘‘I wanted to do something about it.’’

It was then he decided he would set up his own business.

Despite having little money, a six-month old baby and little knowledge, Mr Biswas decided to give it a go.

‘‘I wanted to do something with the very little money I had.’’

Microgreens just about ready for the cutting.

‘‘My partner thought I am the craziest fella alive.’’

He bought some seeds from a nursery, some compost, set a table up in his garage and began experimenting. On the second day he knew he could grow microgreens. YouTube became his educator. ‘‘Many people are trying to grow and they’ve got so much knowledge, so that was how I started.

‘‘Then I started going to stores and cafes to see what the demand was.’’

He had no credibility as a farmer, never been a grower but at the time local businesses had no local suppliers and the product people were getting was being transported from the North Island and was soggy by the time it got to them.

‘‘From the very beginning I wanted to solve a problem and the existing problem those people had was a soggy product.’’

From one or two customers at the beginning he now has more than 45 businesses he supplies to on a regular basis. 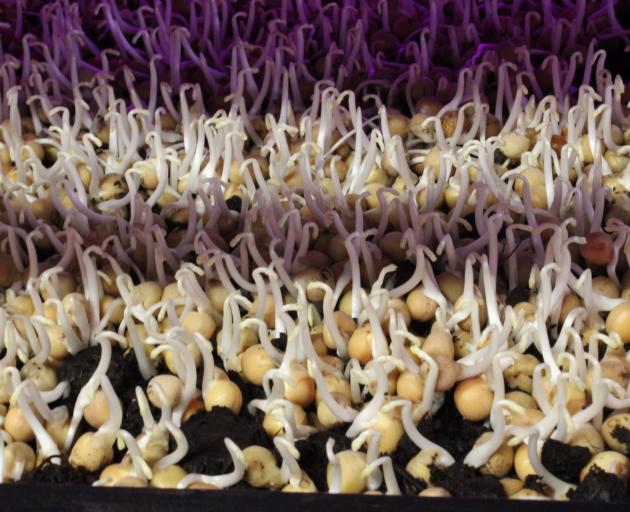 Sprouts grow inside the converted garage which has been modified with irrigation, shelving and lighting to become a nursery. Photo: Supplied

It now goes to Stewart Island, Riverton and Winton as well as local Invercargill businesses.

He is certified by New Zealand Good Agriculture Practice, which required an audit by Assure Quality, and has now been approved by the Foodstuffs group to supply their stores.

He has been having fun and is loving his newfound love of plants.

In conversations with his mother back in India, she reminded him that his love of horticulture wasn’t so new, reminding him of the rooftop garden he had as a child.

‘‘My dad had a business at the time and he had many people working for him. I convinced 10 of them to take the soil up a four-storey building, then I made a rooftop garden.’’

He had mango trees and other trees there.

‘‘Everywhere they used to take me, I would make them stop when I saw a nursery. I wanted to go in and look at the plants.’’

Since he started he has used local agencies COINSouth and Great South to help educate and support him in his business and provide new avenues and pathways when things got tough. 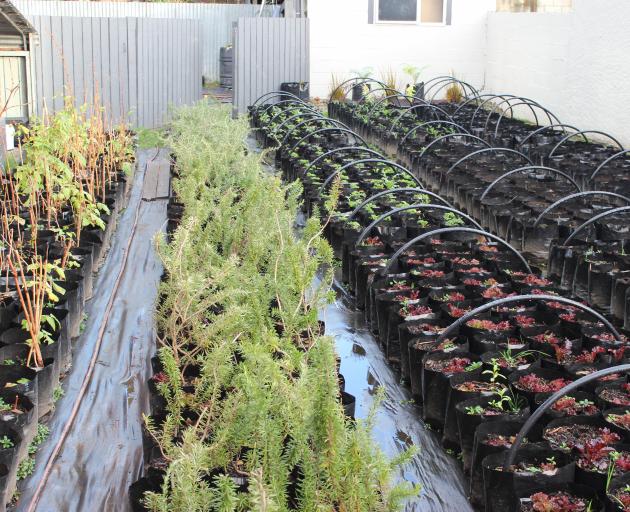 Rows and rows of plants in polythene bags are grown outside alongside the growing taking place inside the Invercargill property. Photo: Supplied

When Covid-19 hit New Zealand, he was able to access the Management Capability Fund which gave him the opportunity to get a personal coach.

‘‘That has made me more focused and question different ways we do things,’’ Mr Biswas said.

‘‘That helped us to increase our production capability, our management capability and how we day-to-day actually run our business.’’

Production has now increased to the point where he now employs two full-time workers and is hoping to get another part-time worker shortly.

His business is now operated out of a suburban Invercargill property.

The garage has been fully converted with trays and trays of microgreens and sprouts, lighting and irrigation. Outside, growing in polythene bags are the products he has now included in his offerings such as herbs and kale and even a raspberry patch.

The $5000 bank overdraft he used to start the business has long since paid off.

And best of all his partner doesn’t believe he is crazy any more — just tenacious and hard working.