Working with farmers ‘makes’ the job

Central Otago vet Amy Watts has been mustering in Australia both on horseback and motorbike. PHOTO: SUPPLIED
Amy Watts might spend her days working with animals but, as she puts it, her job is really about working with farmers.

And it was those relationships forged with farmers throughout Central Otago that ‘‘makes’’ her job as a vet.

A large animal vet, predominantly working with sheep, beef and deer, Ms Watts said it was the relationships — and learning from each other — that made it a rewarding career.

Originally from a farm in Hawkes Bay, she did not get accepted into vet school at Massey University the first time around.

After rearing calves on a 2000-cow dairy farm, she headed overseas and travelled and worked for four years. 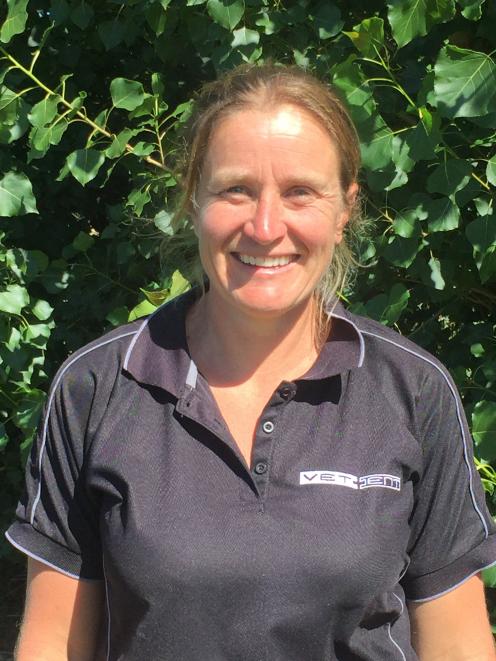 Amy Watts. Photo: Supplied
She returned to Massey as a mature student and successfully completed her veterinary degree. The life skills and experience she had gained in the interim proved helpful.

Graduating in 2012, she spent the first two years of her career in Southland as a sheep and beef vet.

That was followed by a shift to Alexandra for 18 months. Needing a break from the work, she headed to Australia where she went cattle mustering both on horseback and motorbikes for a winter.

She is now working for VetEnt in Central Otago, based in Ranfurly but also spending several days a week in Cromwell and Wanaka.

Ms Watts had always done much deer work, and she is president of the New Zealand Veterinary Association’s Deer Branch.

While in Southland, she was a member of the Southland Advance Party — advance parties are a deer industry initiative involving groups of motivated deer farmers who work together to identify opportunities to improve profits on their farms.

It was ‘‘fantastic’’ to see the current confidence in the deer industry, including the increase in hind numbers, she said.

Parasites were one of the main issues that deer farmers were faced with and could be the difference between being profitable or not, she said.

The industry aim was for all deer properties to have an annually reviewed animal health plan, starting with a deer health review.

Those provided a good opportunity to discuss whole farming systems, providing a guide to help manage workload around animal health.

They formed the basis that made her job enjoyable -—proactive farming, helping to increase productivity and profitability, and building good working relationships with deer farmers, she said.