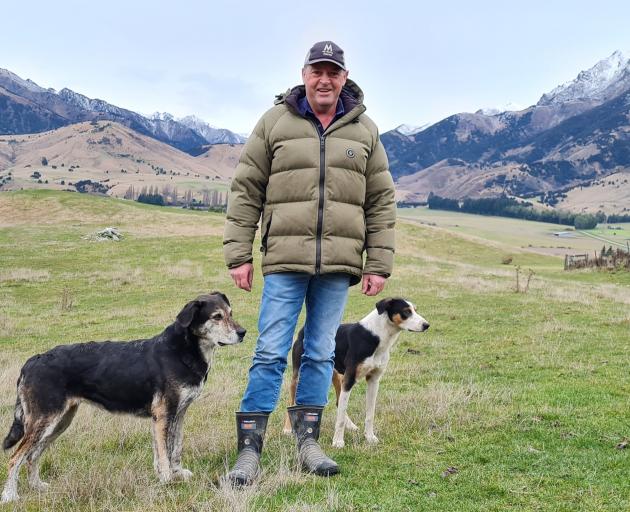 That is the appeal from Maungawera farmer Grant Ruddenklau, as the rural sector navigates new freshwater regulations and climate change pressures.

‘‘From farming over 40 years, water would be the most significant issue we have had to confront, both its quality and quantity,’’ he said.

Mr Ruddenklau is the chairman of the Wanaka Catchment Group, which has been running a major water quality initiative around the shores of Lake Wanaka for the past five years in a bid to improve environmental outcomes for farmers and their rural communities.

Mr Ruddenklau was thrilled when farms signed up to the programme in 2017.

In August last year, the group moved to ‘‘stage 2’’ — tracking and encouraging the implementation of farm management plans (funded by the group) and upscaling mitigation projects on the ground.

Mr Ruddenklau said learning and change was already under way but help from environmental consultant Chris Arbuckle meant the group could speed that up.

‘‘So we progressed an application to the Government’s Freshwater Improvement Fund.

‘‘The Government has helped fund the $1.8 million programme to the tune of $1.13 million, with high-country farms stumping up with the balance.

Mr Ruddenklau and wife Karen moved from Southland to the Maungawera Valley about 20 years ago.

For the past decade, Mr Ruddenklau has combined farming his own property with managing Mt Burke Station, a founding member of the Wanaka Catchment Group.

He very recently stepped down from that role but still helps around the place as required. 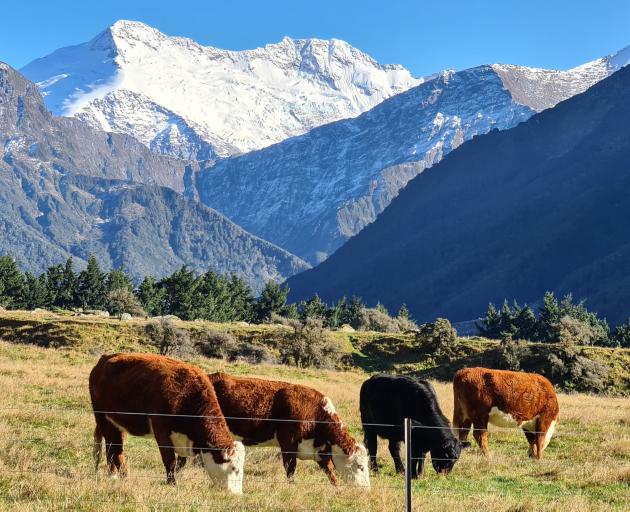 Beef cattle graze at Rob Roy Downs next to Big Creek on Mt Aspiring Station, near Wanaka. PHOTO: CHRIS ARBUCKLE
‘‘When I left down south 20 years ago, dairying was just entering Southland.

Since being involved with Mt Burke, we are very, very conscious about our locality, with a lot of lake frontage and being very visible from the lake,’’ he said.

Mr Ruddenklau calls for patience because there are now many drivers for change and farmers cannot do it all at once, by themselves.

Farming required people to factor in soils, landscape, economy, finance, family, the weather, animal health and keep up with information technology, politics and the news, he said.

That was before heading out the door to organise shearing, feeding out, fixing fences or milking.

What drove management for one farming property was completely different for the farmers over the fence, he said.

Some farms were privately owned, some were corporates. Some farms were freehold, others crown leasehold. Some had been held by generations, some owners arrived in New Zealand last week. These differences also played a role in determining how the environment is managed.

New regulations have been coming thick and fast at farmers in the last few years. To a degree, this pressure has affected how much time Mr Ruddenklau spends farming, but he feels he has successfully brought it into his daily routine.

‘‘When we are developing land that is traditionally used to raise high-country merino sheep into more profitable ventures [in this case using cross-breed sheep, beef and deer] we also need to work to address the environmental concerns that change creates,’’ he said.

Previously, water takes had been permitted under historic gold mining rights. They expire this year.

‘‘That process made more sense using the environmental plan we had developed with Chris, embedding the management change within environmental goals as well all the drivers listed above.

‘‘Overall, this change has made the property more resilient to things link climate changes, environmental regulation, and economic drivers.

‘‘I wanted to be aware of the effects that was going to have and what I could do to mitigate it, while maintaining a profitable business,’’ he said.

‘‘Being part of the Wanaka Catchment Group keeps us up with the pace of Government, but more importantly what our community expects. We can tell people about how we are changing through the projects,’’ he said.

Wanaka Catchment Group will be working with local mana whenua who are using waterway cultural health monitoring at a selection of sites and local schools.

The group also works alongside other Upper Clutha water quality groups and will host community open days as projects progress.

‘‘Rest assured, farmers are trying to hold up their end of the water quality argument. They are becoming very conscious of what they are doing. Farmers just don’t knowingly pollute, but nor today can we presume ignorance. You don’t have a farm without water or land and a rural community without people.

"But this stuff is not simply about fencing and planting. It’s about changing our behaviour. And that stuff takes time. The Upper Clutha has a good farming future, though the face of it might change,’’ Mr Ruddenklau says.

Mr Arbuckle recently took on a new role as a Ministry for the Environment principal adviser on implementing freshwater farm plans.

Mr Arbuckle said he would not disappear from the lives of catchment group members.

‘‘My role with MfE is broadly to help meet New Zealand’s goal to make significant improvements in water quality. We can’t do that without farmers like Grant changing the way we manage our land and water.

‘‘So, my role as far as the WCG and Wanaka is concerned has not changed. All along I’ve been striving to help our lake and its waterways.

‘‘This is only done by remembering people are centric to the change, so by helping farmers around the lake change practices and behaviours, we improve our water. While that sounds simple, I can assure you it’s not,’’ Mr Arbuckle said.

It's refreshing to hear a sober, responsible and sensible point of view from within the farming community on this issue. My congratulations to Mr Ruddenklau.
However, I do take issue with his assertion, reflected in the headline, that farmers are not able to effect change on their own or all at once.
It seems to me that farmers were able to give effect to the changes that have resulted in the need for the new water regulations on their own and all at once. The capital needed to make those changes was easily found and the profits from the last 20 years of unsustainable water management/farming practices were greedily swallowed up.
Now that it's time to pay the piper, the eagerness for change that will benefit us all, not just the farmers has slowed.
But... at least this indicates that not all in the agricultural community are motivated by the blood-rush to the head represented by Goundswell.