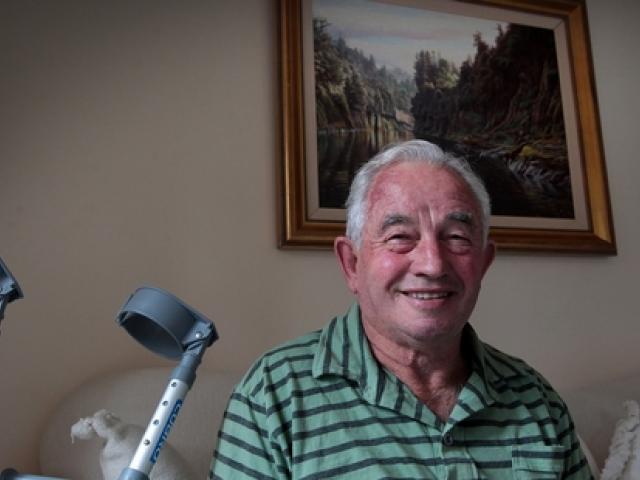 A contractor who plunged 40m down the same cliff where his uncle fell to his death has spoken of his miraculous survival.

Singer-songwriter Lorde was swamped by fans and media when she arrived home to Auckland this morning after a whirlwind week in Los Angeles which saw her become a global superstar.

A young New Zealand man appears to have escaped permanent injury after he was king hit as he and his brother walked home from a Sydney club early on Saturday, his father says.

Simione Maamaloa was on his way to the beach when he heard a loud bang. He watched in horror as a cyclist flew through the air before going underneath a truck, its driver oblivious to the collision...

A Facebook page which alerts members to police checkpoints is encouraging drunk drivers to take their chances with all of our lives, police say.
Firefighters have contained a large bush fire that came dangerously close to destroying the main power feed between the North and South Islands.

A pilot who was seriously injured when his helicopter clipped another chopper and crashed in Mt Aspiring National Park yesterday was very experienced, his company's director says.

The family of a baby murdered by the woman who was supposed to be caring for him say they feel justice has been served after she was sentenced to at least 17 years in prison.

One of two climbers who died after being trapped on Mt Taranaki this weekend had texted her father saying she didn't expect to survive.

A man is dead after a wall fell on him as he worked in his Blenheim garden yesterday.

A coroner has decided not to resume the inquiry into slain Feilding farmer Scott Guy's death, despite the wishes of his widow Kylee.

An online campaign against long-time David Bain supporter Joe Karam led the former All Black to fear for his and his family's safety, a court has been told.

A young woman dragged for more than 50 metres by a hit-and-run driver in south Auckland early today kept calling for her mum as two good Samaritans tried to comfort her.

A van which plunged down a cliff and onto railway tracks in the central South Island yesterday, killing a woman and injuring five others, did not have any back seats, investigators say.

New tests will be carried out on the gun used in the Bain family murders next week.

Cricketer Jesse Ryder has been suspended for six months after testing positive for a banned substance, but will be available for his new province Otago when the domestic season starts in October.

Two drivers who ran over Israel Jack as he lay on a Bay of Plenty highway have been interviewed by police.
Two armed robbers barged into a church-man's home, cut him with a knife and made off with some $1000 charity money north of Wellington yesterday, police say.
Hundreds of mourners have gathered in Manukau Memorial Gardens to farewell Trevor Hammond Waite, the man gunned down alongside Glenys Stanton early on Saturday.