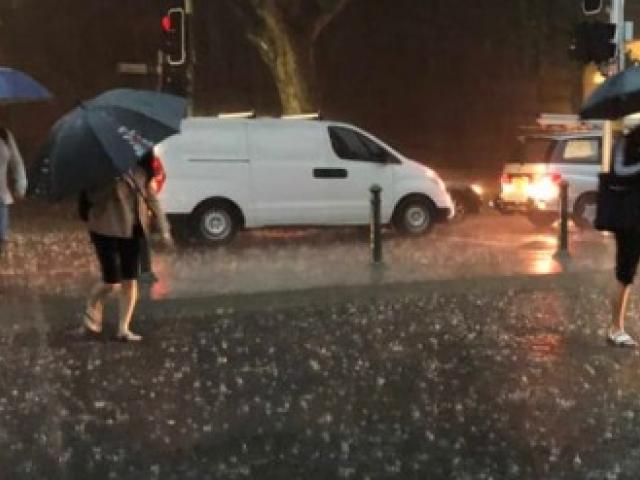 One person has died, two police officers have been injured and almost 100 flights cancelled as Sydney copped a month's worth of rain within hours.

A man is dead after a fight with his son in the Taranaki town of Inglewood last night.

England's top order fired in unison to give them a four-wicket win in the second one-day international against Australia on Friday.

A person is dead and another injured after a car hit a tree near Mercer, in the Waikato.

The Education Minister says this year's Budget has delivered the largest injection of money into education since National took office in 2008, but Otago school leaders are sceptical.

Civil defence staff are heading to homes cut off by snow in the Hawke's Bay hill country in the wake of the wintry blast over the weekend.

The wintry blast moving up the country has left dangerous avalanche conditions across New Zealand's high country.
A mother and three children lost on Mt Pirongia overnight were found safe by police and search and rescue volunteers early this morning.

Theresa May has won the battle to be Britain's prime minister but will face a much tougher struggle once in power -- overseeing her country's divorce from the European Union.

A fluent unbroken third-wicket partnership of 114 between Jos Buttler and Eoin Morgan carried England to an emphatic eight-wicket victory over Sri Lanka in a one-off Twenty20 international in Southampton.

The Government has confirmed a shake-up of foreign trusts following a review sparked by the Panama Papers.

Scotland kicked seven penalties to secure a scrappy 21-16 victory over a spirited but error-strewn Japan on Saturday in Tokyo to win the series 2-0.

LeBron James and the Cleveland Cavaliers stormed back into the NBA Finals with a dominant 120-90 victory over the defending champion Golden State Warriors that cut the series deficit to 2-1.

Child Youth and Family has admitted failing the teenage boy who killed Auckland dairy owner Arun Kumar, but say it is "unclear" whether the tragedy could have been prevented.

Premier League champions Leicester City will be underdogs again next season and staying up remains the priority despite this year's fairytale success, manager Claudio Ranieri says.

The main campus at Invercargill's Southern Institute of Technology (SIT) is without power this afternoon after an explosion in a switch room.

Dunedin singer Kelvin Cummings has been crowned the Transtasman Entertainer of the Year at a country music festival on Norfolk Island.

One of the all-time greats to play basketball for his country, Kirk Penney has officially called time on his international career, bringing the curtain down on a Tall Blacks record that spanned 15 years and included two Olympic Games and four World Championship campaigns.

Superheroes have long existed in a world of their own, but as two iconic caped heroes battle in "Batman v Superman: Dawn of Justice," both are brought crashing down to reality as the ramifications of their actions catch up with them.