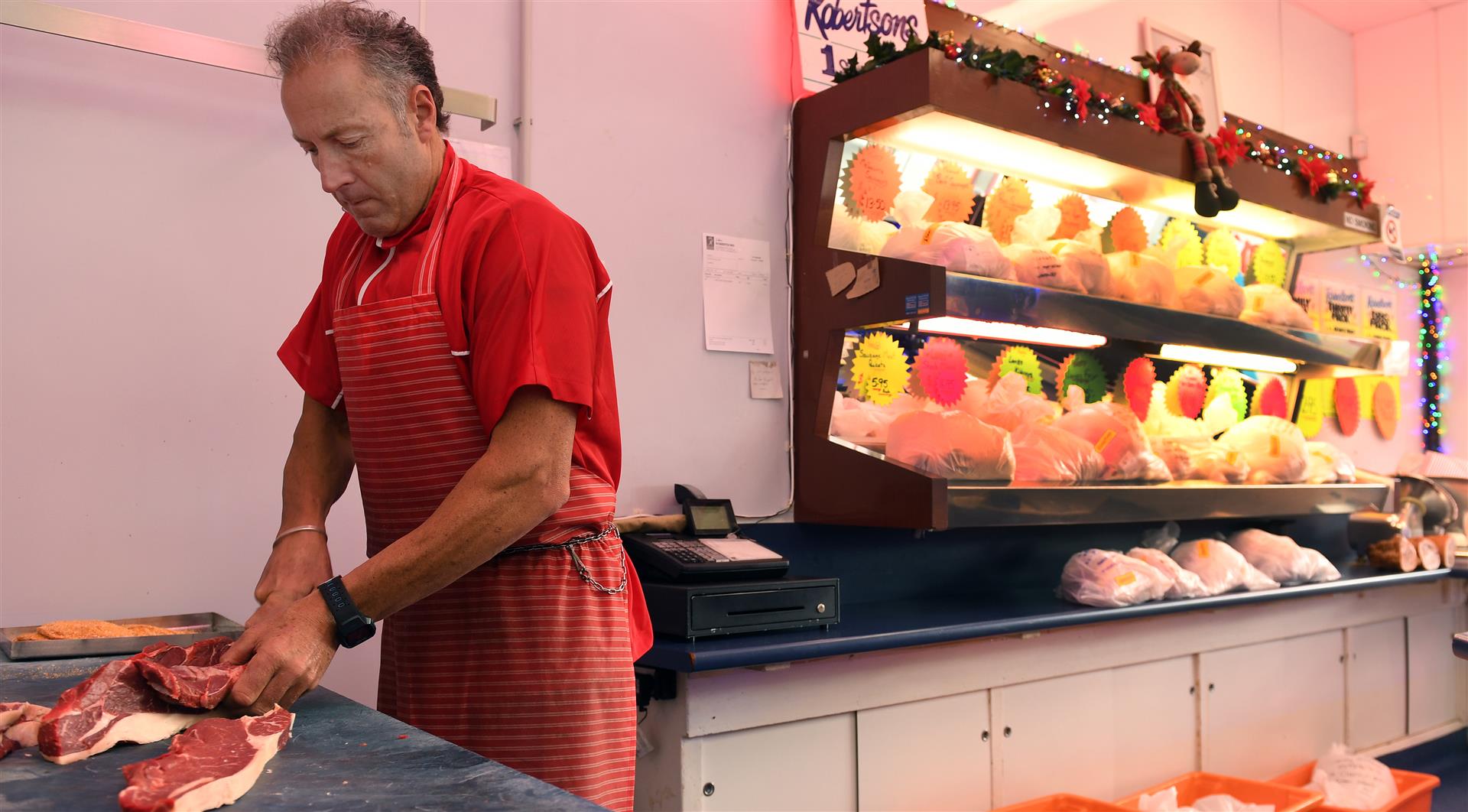 Troy Robertson says his butchery had remained operating during Alert Level 4, delivering orders made through its website only, and fulfilling a contract to supply rest homes. PHOTO: STEPHEN JAQUIERY
A South Dunedin meat institution is carrying on, though it has had to adapt to a new way of dealing with customers.

Troy Robertson, who owns Robertson’s Meats with his brother Shayne, said the butchery had remained operating during Alert Level 4, delivering orders made through its website only, and fulfilling a contract to supply rest homes.

The website, launched at the start of the year, had been slow to pick up, but when the Covid-19 restrictions came into force the online orders boomed.

More than 30% of business would still be lost during lockdown, as the butchery could no longer provide meat to cafes and restaurants, he said.

Operating under lockdown had been “scary” at times and frustrating; the messages as to whether they could remain open had been mixed.

After being “repeatedly” questioned he called the Covid-19 hotline, and it was confirmed Robertsons - which had been serving Dunedin for 100 years - would be allowed to continue business with new measures in place.

Four staff continued to work, which allowed health and safety restrictions, including distancing, to be carried out effectively.

Mr Robertson said he still had concerns for the welfare of some elderly customers who ere unable to use a website or did not know how to pay online.