Gasworks science training gets near $50,000 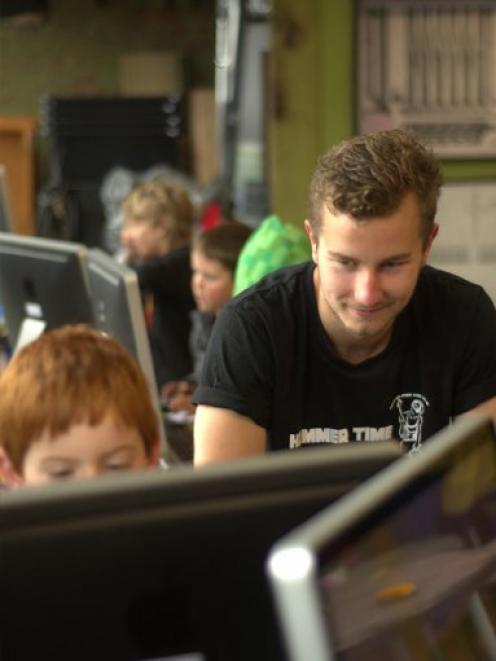 The Gasworks head of education Ann Cronin said the funding had made a huge impact. It meant an entire year of working pro bono had resulted in a complete change to one small section of Dunedin.

''I try to develop ethical, evidence-based learning programmes that can be accessed by anyone. If it's not accessible to everyone, it's not innovative.''

The Gasworks was once the heart of a thriving community and Ms Cronin wanted to re-establish that heart by focusing on the future, not just the past.

''We will continue to grow this. It's bigger than us; it's punk innovation which can only get more fun as more people join.''

Early uptake had been incredibly strong, she said.

The pilot trial of a Minecraft club was immediately oversubscribed, with children working together to explore and build environments in the education game.

While they looked like they were just going ''tap, tap, tap'' on their computer, there was real skill to it. One parent noted the children were developing technological skills, Ms Cronin said.

Another parent added it was wonderful for the children to do Minecraft together and to have the space to socialise with others who shared their interests.

The Gasworks was a programme of events, classes and workshops run out of the Gasworks Museum, with a mandate to develop the site as a learning community linking Dunedin's industrial past with its technological future.

A local group of technologists, education specialists and self-professed ''geeks'' would deliver STEAM - science, technology, engineering, arts and mathematics activities on a weekly basis. The activities were open to all in the community, she said.

The $24,000 grant from Internet New Zealand's community funding round would be used to purchase equipment and software to help support and expand the current Minecraft and code clubs enjoyed by dozens of families each week.

The grant would also help support new initiatives, including drones, gigabit, Wi-Fi and a video production unit open for anyone in the community to use.

The $20,000 Unlocking Curious Minds was a contestable fund intended to support initiatives linking science and technology with under-served communities. The grant would be used to buy equipment specifically to make

The Gasworks a comfortable and inviting venue for visitors to engage in hands-on learning around engineering and science topics. Money would also used to support the on-site forge and metallurgy activities.

The latest funding of $5300 from the Transpower Community Care Fund, which supported communities supported by Transpower, would be used to purchase Sphero robots and control tablets to further develop the robotics lab at The Gasworks.