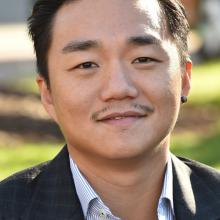 Andre Shi
Many Otago hospitality businesses are cutting back their hours to try to make the most of a drop in demand.

A nationwide Restaurant Association survey found that almost 70% of its members have adjusted their operating hours since New Zealand returned to Alert Level 1.

While many restaurants have opted to close an extra day or two, others have reduced their operating hours but kept trading days the same.

Twenty-seven percent of association members said they were open one day fewer as a result of Covid-19, and 13% said they were now open two fewer days than usual.

The common trend appears to be closing on Monday and Tuesday (and Sunday in some cases), with the focus on the busier trade days of Wednesday to Saturday.

That is the case for several premises around the Octagon in Dunedin.

Vault 21 is closed on Sundays and Mondays, whereas Prohibition Smokehouse has closed for lunches and is only open for five nights from Tuesday to Saturday.

"Vault 21 and Prohibition [Smokehouse] heavily rely on domestic, corporate travellers. During the weekends we find locals love us. But during the week, the conferences are not happening, not until later on this year. Plus it’s a winter season."

He said they would wait until the end of winter before assessing whether or not to increase hours again.

Stuart St Mac’s Brew Bar — in the same section of the Octagon as Vault 21 — is remaining closed on Mondays and Tuesdays.

Another Octagon venue, Craft Bar and Kitchen, would keep its hours as they were.

"In the Octagon, for instance, there’s three or four bars closed on a Monday and some of them on a Tuesday," owner John MacDonald said.

"Therefore, I’ve decided to stay open and so far it’s proven to be worth our while."

He also wanted to maintain working hours for his staff.

"I need to try and retain my staff and if you reduce hours ... [you] therefore possibly [lose staff]. I’m trying to not do that."

Republic Hospitality Group has a number of bars and restaurants in Queenstown.

"We are closed at a number of venues throughout the week," managing director Mike Burgess said.

"We will look to do more of that as we come to the end of the ski season and head into the off-season."

A lack of trade and the difficult economic circumstances Queenstown was facing without international tourists was behind the decision to change their hours.

"So Monday lunches are dead, right, so we’ll close those.

"But Friday, Saturdays are important for us and we’ll focus on the busier days."

He said sites like Winnies and Frankton Arm Tavern would remain open seven days a week. Ballarat’s would be closed on Sundays and Mondays, while their smaller bars would go to a five-day-a-week format.

They were going to "move with the market".

"If we open one weekend and the whole town is dead, then we’ll adjust our hours accordingly. If for some reason it’s busier than we anticipated, then we’ll extend our hours.

"We have the ability to be quite flexible so we’ll do that."

Overall hospitality businesses were reporting improved turnover and there were encouraging signs of growth within the sector in the second-half of July, Restaurant Association chief executive Marisa Bidois said.