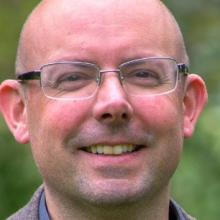 Despite mortgage rates and the official cash rate (OCR) being at record lows, mortgage rates are now gathering pace as the banks have to pay more to borrow from overseas.

Although the OCR is not expected to move much this year, banks are already pricing in their costlier loans.

For the quarter to November, Auckland and Central Otago Lakes continued to be the country’s least affordable regions, being respectively 56% and 45% less affordable than the rest of New Zealand.

Affordability nationally declined by 2.8%, with some big decreases in the provincial regions of Taranaki, Northland, Southland, Nelson-Marlborough and Manawatu-Wanganui, according to the latest Massey University home affordability report by Associate Prof Graham Squires, from its School of Economics and Finance.

"This has largely been driven by rising house prices across many parts of New Zealand," Dr Squires said.

In recent weeks, all the banks’ mortgage lending rates have increased several basis points, with the exception of some one-year floating rates, costing households hundreds of dollars more, spread over the coming year. Dr Squires said last year’s steady OCR declines to the record low 1.75% equated to an 11%  reduction in mortgage interest costs, easing the burden for homeowners.

However, in an interview, Dr Squires said the latest rising interest rates were a "very powerful variable".

On the question of investors fuelling the housing market, there could be a silver lining to the rising rates.

"If people [investors] can get [higher investment] returns elsewhere, that could take more fuel out of the [housing] fire," Dr Squires said.

He noted that with so many variables, rising interest rates could equate to a decline in sales, and possibly lower house prices, which would be a bonus for buyers, ultimately making for more affordability.

However, Dr Squires pointed out there were now more stringent deposit requirements and tougher rules for bank lending which could also begin to affect borrowers, especially  first-home buyers.

"But there are nine regions that show greater annual increases than Auckland," Dr Squires said.

For example, median Central Otago house prices had increased by 31.9% during the past 12 months, while Nelson-Marlborough increased by 24.3% and Taranaki prices increased almost 20%.

Dr Squires said the ratio of median house prices to median wages in New Zealand remained very high, which was continuing to put a strain on first-home buyers, especially in the country’s two most expensive regions.

"When you look at the national figures, New Zealand’s house price to annual wages ratio shows a slight deterioration to 8.7."

"But the figures for Auckland and Central Otago Lakes are 13.6 and 12.6 respectively," he said.

Although median house prices in Central Otago Lakes decreased slightly for the past quarter, during the past 12 months that region had the country’s largest decline in affordability, of 11%.