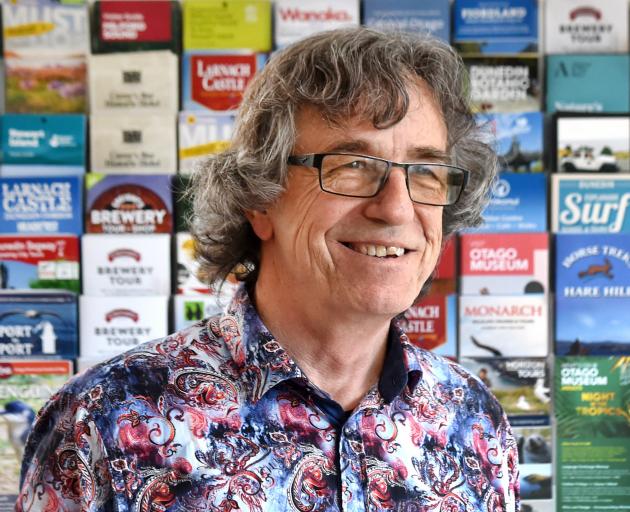 After a career as a data analyst, including eight years in the Australian mining industry, Mr Firns (62) and his wife Morag, a nurse, left Perth and moved to Dunedin — Mrs Firns’ home city — and took over the lease of 538 Great King Motel in 2016.

The couple were looking to to do something different.

They did not have any experience in the motel business and Mr Firns admitted they thought it was going to be an easier way of life.

‘‘Clean rooms, you make beds, do your best and do everything again the next day. In that sense, it is a pretty simple business model but it is actually quite a complex environment, in terms of competitiveness.

‘‘We perhaps found it a little bit more complicated than what we thought it was going to be but we certainly have learnt a lot in a short time,’’ he said.

Mr Firns had been on the association’s committee for a few years and, after some long-term members stood down, put his hand up for the top job, taking over from Alex Greenan.

He believed being part of the association was worthwhile.

‘‘It is a good forum for us in the sector to share ideas and act as a lobbying group when it is needed,’’ he said.

Covid-19 had a big impact on the accommodation sector but the Dunedin motel trade was doing well, with a strong market from corporate travellers and the University of Otago.

One of the biggest changes moteliers noticed after tourism dropped away was shorter lead times for bookings.

‘‘We don’t have the forward bookings we used to have. In times past that might have caused some panic but I think we are getting used to that now,’’ he said.

Mr Firns believed the proposed hotel at Forsyth Barr Stadium could bring some benefits for the wider accommodation sector in Dunedin.

‘‘It is a good opportunity for the city as a whole, I think. The stadium is a big drawcard, those big events are fantastic for us.

‘‘For our sector, and Dunedin as a whole, it will enhance the experience and potentially be a drawcard that will increase the size of the pie for all of us,’’ he said.

A stadium hotel could also take business away from motels, which would mean the sector having to sharpen its act a bit, he said.