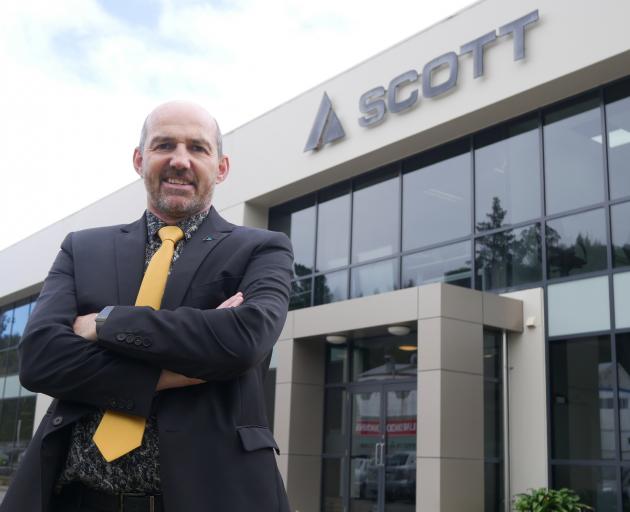 The NZX-listed technology company merited a $5.8 million loan, which it will use to set up an agriculture technology business unit, dedicated to automation solutions and services for food processors, producers and suppliers.

Scott Technology managing director Chris Hopkins said while the finer details of the loan were yet to be worked out, it would be repayable over six years.

He said the plan was to leverage the group's "global capability" to bring new commercial opportunities to life for the benefit of the New Zealand agritech industry.

"This would be primarily aimed at evolving technologies, specifically into areas like dairy, horticulture and viticulture."

The company's director of research, development and strategy, Barbara Webster, said an important element of the investment would also be in the establishment of an advanced robotics training facility for customers, staff and external students.

She said the funding would result in the addition of 15 skilled jobs and would deliver an estimated $30 million of benefits to the agritech industry - initially focused in Otago and the South Island.

"Today the production and manufacturing industries are challenged by labour availability and skills shortages.

"In addition, health and safety of workers is a top priority and producers are seeking greater differentiation of product.

"Automation, robotics and sensing can help with these challenges, Ms Webster said.

Last year, the company completed a number of international technology streams, including a poultry trussing system with Pilgrims Pride
in the United States, an automated sample preparation for coal and iron ore and cobotic (collaborative robot) solution for welding and palletising.

Across the meat sector, it also developed a beef scribing system, a lamb loin deboner and an X-ray enabled pork primal processing system.

The company - which employs about 800 people across a dozen countries - has a portfolio of more than 200 patents, covering 40 core "product families" with more than 80 trademarks.

Mr Hopkins said the company was well placed to grow across its international markets, China, Europe, the US, Australia and New Zealand.

Last year, Scott Technology had reported a 4% increase in its earnings to $20 million, having bank debt of $16.4 million - against total shareholder funds of just under $112 million.

Scott Technology shares bounced 3c to $2.33 on the news in midweek trading, though are still down 24% over the past year.