Eric Watson- regrets? Not many 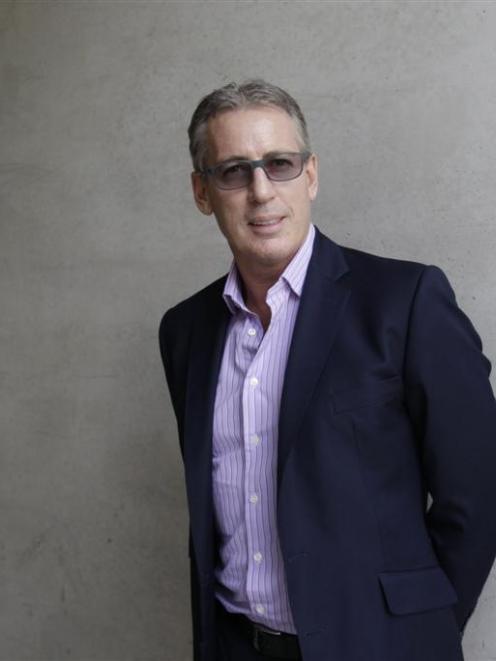 Although there is still much ire concerning the events which led Hanover Finance to freeze investor funds worth $500 million and ultimately sell its assets to Allied Finance, Eric Watson says he understands but believes it is largely misdirected. Photo NZ Herald.
Let's be upfront about this - Eric Watson is a charismatic character. In person he's as dashing as his social page photos suggest; his voice has the smooth, authoritative tone of a seasoned broadcaster.

Given his reputation as a hard-nosed deal-maker who is not afraid to make enemies, it seems likely he has another side. But that is not on show today.

Mr Watson wants to talk. A London resident for more than a decade now, he's back home to introduce fans to new Warriors co-owner Owen Glenn.

Maybe Mr Glenn's patriotic fervour is rubbing off on him, because Mr Watson seems more excited about New Zealand than he has for years.

He brushes aside a suggestion he left because the media spotlight in a small nation became tiresome.

"I don't find New Zealand tiring at all ... I love being back here and I think I'll end up back here."

Mr Watson is also ready to talk about Hanover, the finance company he co-owned with Mark Hotchin.

Although adamant Hanover should not be the sole focus of this interview, he has plenty to say about the company.

But first he wants to show off the Warriors. We meet him at the corporate office beneath Mt Smart Stadium and he gives us a guided tour, clearly proud of the club that has turned around both financially and on the field since he took over in 2000.

We meet the management team and barge in on the players, who are chilling out in the players lounge.

Mr Watson seems completely at home in the blokey environment. Backs are slapped; there's locker-room humour. He gives Micheal Luck some grief about his wrist injury and grabs a slightly nervous looking Manu Vatuvei by his bushy new beard, asking whether we think it's a good look.

Naturally, he is keen to be seen in this environment. It's like a home game.

He'd probably need Vatuvei and the rest of the team with him if he tried using the same banter on a room full of Hanover Finance investors.

There is still a lot of anger about the events which saw the company freeze investor funds worth some $500 million and ultimately sell its assets to publicly listed Allied Farmers.

Mr Watson says he understands that anger but believes it is largely misdirected.

"I think that headlines have driven a lot of that thinking.

People look for somebody to blame. And fair enough. I feel the pain. I lost a lot of money."

It comes as a surprise when Mr Watson declares his view that finance companies were poorly regulated.

"The receding tide exposes everybody," he says.

"What that tide has done has exposed some practices that were negligent and in some cases criminal. So quite rightly the regulators, pushed to some extent by the media and the Government, have focused in like laser beams. In that process they have discovered issues in some companies ... and so they should."

But Hanover, he says, was different.

"Hanover did not collapse. Have a look at most other finance companies; they are in receivership, they collapsed. It stopped doing business, very responsibly."

About July 2008 the board went to investors with concerns about how fast the market was deteriorating, Mr Watson says.

"They didn't do that lightly and they did that with a solvent company and $30 million-$50 million cash in the bank.

"[The board] went and got the trustees, the auditors, it consulted and it went to investors and it let them vote ... full disclosure.

"It's not like someone in a back room saying 'I'm going to make sure I just get the right information'. This company could not be more transparent."

The reason for the failure was a global financial crisis so big that companies like Hanover didn't stand a chance, Mr Watson says.

"That tidal wave of disaster certainly swept its way through the New Zealand market and any risky assets were repriced dramatically. It just so happened that most of those assets were funded by the sub-prime or mezzanine finance market."

Much investor ire has focused on the dividends Mr Watson and Mr Hotchin received from the company. Hanover paid its owners $45.5 million for the year ended June 2008. The previous year it paid a dividend of $41 million.

Mr Watson is unapologetic and again describes a company that did things by the book.

"We don't as a shareholder have control over dividends in any companies. Companies can't just take dividends without proper governance and that company was very well governed," he says.

"Whether the company had had double the shareholder funds and paid no dividends it wouldn't have made any difference. There was such a meltdown in valuations.

"What really happened is that the people that borrowed money didn't pay it back."

In 2009, with investor funds still frozen, the Hanover board was starting to worry about the further deterioration of asset values.

It was preparing to go back to investors with new terms for the moratorium when it was approached by Allied Farmers with a plan to buy the assets and pay investors with equity in the listed company.

"It was a very sensible and smart deal," Mr Watson says.

What it did was deliver assets with a book value of $400 million, he argues. And while those assets could not have been sold into that market for that value, what it did was buy time.

Allied could have taken 10 years to realise the assets if it wanted. In the meantime, it had a finance company with Government backing, a strong balance sheet and most of its competitors gone.

Mr Watson is bemused by the way Allied went on to "fire sale" so many assets in a bad market.

But that was out of Hanover's control. The deal had been approved by investors with a 75% threshold.

Mr Watson is quick to point out that the investigation, by the Financial Markets Authority, found no grounds for criminal proceedings.

If it goes ahead it will be a civil case, focused on $35 million and a few hundred investors and will relate to a period between 2007 and 2008.

Mr Watson is not a director of many of his companies because that is not his skill, he says.

"If you recognise other people have greater skills you should let them do that."

He says his business model is not well understood. It is not about operating companies.

"We spend our time at an investment level looking at new opportunities," Mr Watson says.

So it is more like a private equity company?

He laughs. "We were doing this before private equity companies ... That's just a fancy way of raising money off other people.

"I think of myself as an entrepreneur that is focused on creating value, joining the dots, bringing one and one and one together and hopefully equalling more than three."

It is new opportunities that get Mr Watson really animated and also reveal a more traditional businessman with a passion for detail.

It doesn't get much more down to earth than a Kiwi extolling the virtues of grass-fed dairying.

With a nudge from his brother - agricultural scientist Richard Watson - he has embarked on a major dairy farming operation, which aims to get in on the booming grass-fed trend in the United States.

Land is cheaper there and he can't produce enough grass-fed dairy to meet the demand.

He and Owen Glenn are also prospecting for oil in Texas.

"We've struck oil in one of our early wells."

The two have known each other for years, bonding over a shared love of racehorses. Mr Watson confesses to owning "way too many" - probably more than 100.

The Warriors, his stud farming and a few sundry assets such as Auckland's glitzy Soul Bar now account for most of his New Zealand investments. But he still employs something like 500 people in this country.

In Britain he has a relatively small investment team and his interests mainly involve property.

But they aren't small. With a focus on residential and social housing, Mr Watson says he is approaching 20,000 ground rents in Britain. Then there are plans for an international racing club aimed at wealthy Chinese - selling them racehorses and first-class experiences at events around the world.

"I think that's probably the weakness in my business model," Mr Watson admits later. "I enjoy new things, I enjoy the fact that we're experimenting." So does he get bored easily?

We discuss billionaire Graeme Hart and his phenomenal success sticking with one industry - paper and packaging.

Graeme's the best in the business, Mr Watson says.

"If I'd stuck with office products we could have a multibillion office products company ... but I like the new stuff. If you throw enough balls up in the air; stuff happens."

Although sometimes balls get dropped. Mr Watson's critics would argue that he is very good at creating wealth for himself but not necessarily for other investors.

"You deal with a lot of people and not every deal is perfect," he says.

"We had a complete disaster in the UK with the Powerhouse company ... We had good management but it didn't work out."

But locally there are also plenty of examples of businesses that didn't work out - and that has made some in the investment community wary of Mr Watson.

"When you do what I do you're never going to please everybody all the time," he says. "I'm pleased to say it has worked out more often than it hasn't."