Ecstasy could be tinnitus remedy 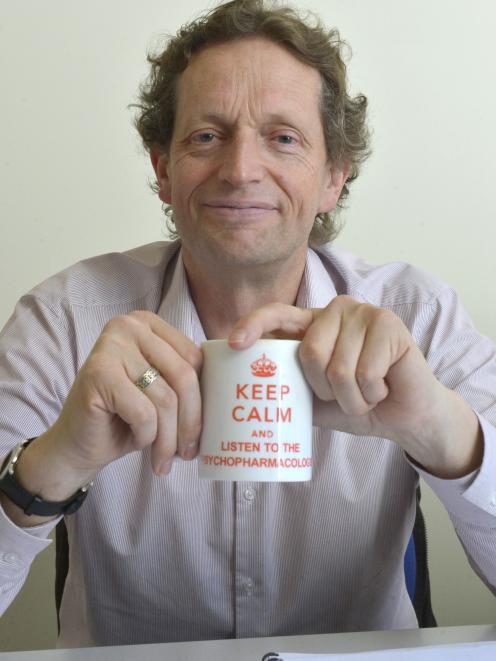 Associate Prof Bruce Russell, of the University of Otago, is involved in a study to test whether MDMA, or ecstasy, can combat the effects of tinnitus. Photo: Gerard O'Brien.
Using the illegal party drug ecstasy to combat tinnitus has proven successful enough that researchers want to try upping the dosage.

Associate Prof Bruce Russell, of the University of Otago, has been involved in the study using low doses of the drug to treat a disorder often caused by exposure to loud noise.

Prof Russell said the study, led by the University of Auckland,  had proven successful enough they wanted run a new trial using an increased dosage of MDMA, most commonly known by the name ecstasy, which might be enough to get participants somewhat "high".

The study came about because there was anecdotal evidence from tinnitus sufferers that using the drug resolved the effects of the condition, which results in people hearing sounds when none are present.

A philanthropist funded the study and the trials ran over about two years, finishing a few months ago.

The trials used a double-blind placebo control, which meant neither the patients nor researchers knew who was getting the placebo, and people were given small doses of the drug.

The doses were not enough for people to get "high", but people on both the placebo and the real drug reported feeling some effects, which was not unusual in such studies.

This was because if people were expecting an effect, they often got one.

"There does appear to be some effect of the drug, but it’s very hard to distinguish that from the placebo."

They were now using MRI images to try to distinguish  the difference between the effect of the placebo and the real thing.

The intention was now to use a higher dose, which would likely have more effect on mood. High doses could never be  prescribed to patients with tinnitus, but the research could provide a new lead on a group of drugs which could be developed to treat the condition.

Tinnitus could be quite a debilitating disorder, and while there were drugs for treating it, none  worked very well. The new study would  probably take place in the next six months and could be carried out at Otago University.

It was difficult getting access to the illegal drug for trials because there was no licensed use for the drug in New Zealand.

Its use had to be approved by a committee, and then they needed to find someone to prescribe it.It was being used in research more often worldwide,  including for helping people with post-traumatic stress disorder.