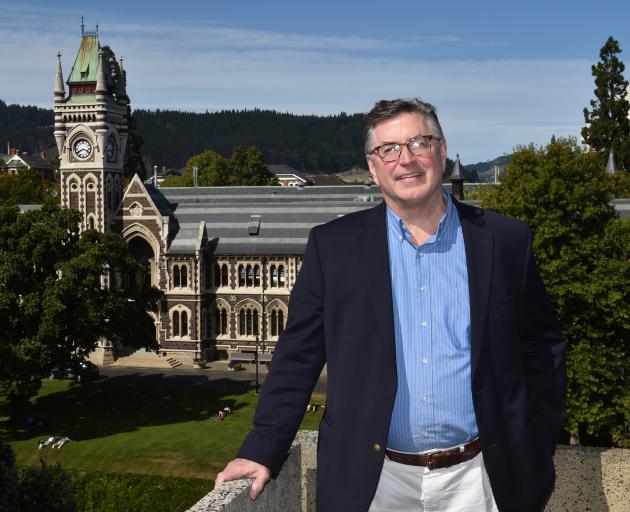 Kurt Krause is a Professor of Biochemistry at the University of Otago. PHOTO: Gregor Richardson
Collaboration in New Zealand science will avoid the "chaos" and disjointed approach which an American critic says has damaged some Covid-19 research elsewhere, a Dunedin-based specialist says.

"It's one of the strengths of New Zealand science — it's highly collaborative," Prof Kurt Krause, a specialist in infectious diseases at the University of Otago biochemistry department, said last week.

That collaborative approach continued apace on Friday with experts from throughout the country meeting online to discuss national efforts to develop a vaccine against coronavirus.

At least 20 research groups, in New Zealand and abroad, will be closely involved in Otago collaborative research to test anti-viral drugs and to help develop a vaccine to counter Covid-19.

Prof Krause said New Zealand scientists worked well with each other and also collaborated well internationally, including with scientists in Australia, the United Kingdom and in the United States.

Such collaboration resulted in more efficient use of limited research funds — "we can do better with the resources we have" — and better science resulted.

This contrasted with concern about a lack of co-ordination overseas.

University of Pittsburgh School of Medicine critical care medicine chairman Prof Derek Angus told CNN last week that much of the global research scramble to find successful treatments to fight coronavirus had been disjointed and chaotic.

More than 2 million people had the disease, but only a few thousand had been enrolled in clinical trials.

Prof Angus took issue with what he saw as insufficient co-ordination internationally. He noted 94 trials had been registered throughout the world for testing the drug hydroxychloroquine, previously used for treating malaria.

Trying to do a lot of little trials was not as useful as trying to do large co-ordinated trials, and it was "depressing" to admit that because of the limited trials, he had little idea of what existing drugs might work against coronavirus.