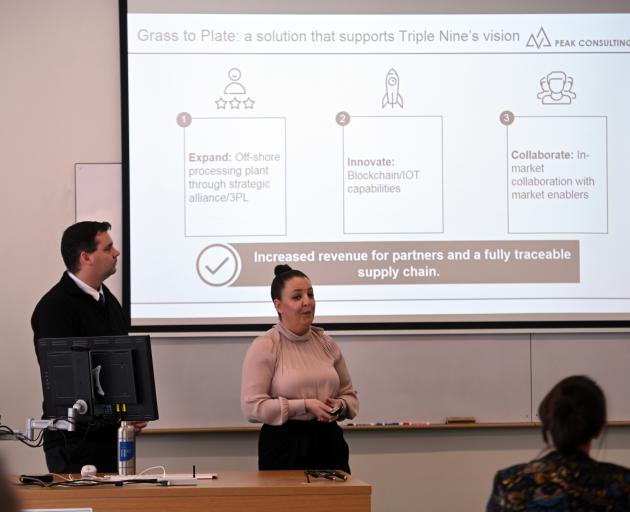 And on Saturday, the Otago student team also won the inaugural case contest, at the school's premises on campus.

Twenty-eight of the country's most analytical and creative business students had been in action between 2.40pm and 6pm on Saturday.

"I think it creates a network among MBA students from various universities," he added.

Mr Lafferty, who developed the new event, said the competition would be a "great way for MBA students to connect" , to network, and "ultimately create opportunities".

In the intense event, teams of four MBA students from seven of the country's universities were given about four hours to analyse and prepare a presentation on a real business case before presenting to a panel of judges, at the Otago school.

But this was the first time a national MBA contest of this kind had been held, and it would be "a first in the world in that respect," he added.

Otago University's online MBA degree was ranked the best in New Zealand and 13th in the world in the latest QS World University Rankings, released in June.