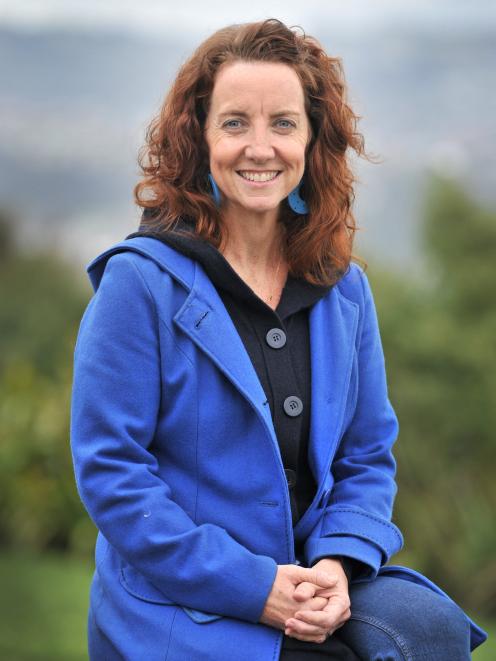 Two months ago Ms Angelson moved to Dunedin, where she has continued to work for ChildFund as a senior technical adviser from her home office on Otago Peninsula.

ChildFund is a charity organisation dedicated to supporting vulnerable communities around the world, with a particular focus on children.

Ms Angelson said she had worked on and off for ChildFund for more than 14 years, but all her work had been to do with international relations and education.

She had worked throughout the Middle East and Asia and had spent time working with communities in need.

Community goals were set by locals and her role was to ensure plans were put into action, she said.

One particularly successful project she had worked on was improving the infrastructure around moringa trees in Emali, Kenya.

In 2013, the University of Otago performed a study on preschool children in Kenya which found many were iron-deficient.

To help solve this, ChildFund helped locals farm moringa trees, which grew naturally around the area.

The drought-resistant tree had leaves with 25 times more iron than spinach, as well as useful roots, bark and seeds, she said.

ChildFund connected locals with two Kenyan farming tribes which helped train local farmers to use the trees efficiently, she said.

While ChildFund used to send people across the world to establish connections, Covid-19 had forced it to continue that work from a distance.

But this was not a bad thing, Ms Angelson said.

The most important part of its work was connecting local people to see how they could help each other.

International restrictions had pushed her and her team to rely on others and focus more on amplifying local voices.

Her team was now focused on people of the Pacific.

She found her work deeply satisfying.

The excitement communities felt when improvements were happening would rub off on her, she said.

She felt privileged to work alongside such a diverse range of people and to be in a position to help out those in need all over the world.

Her work was international, but that had not stopped her from enjoying what Dunedin had to offer.

She worked in Auckland before she decided to move south for the benefit of her family.

Her husband had relatives in the area and Dunedin was a great place for her children, she said.

Everybody in the city had been ‘‘so friendly’’ and it was a wonderful place to live.

A particular highlight were the beaches around the peninsula, which were ‘‘absolutely beautiful’’, she said.

She was excited to continue her work while enjoying the pleasures Otago had to offer.