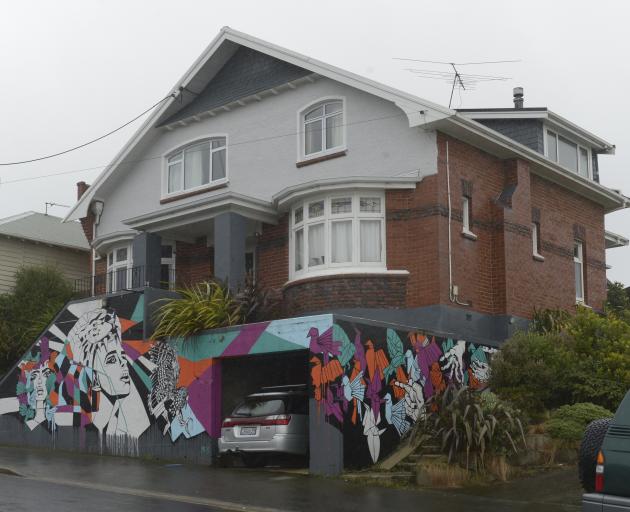 Tenants of an Elm Row flat took Click Property Management Limited to the tenancy tribunal over claims the landlord breached their privacy by allowing a cameraman to film their flat inspection. Photo: Gerard O'Brien
A Dunedin landlord who allowed a TV crew to film a flat inspection without permission from the tenants has been ordered to fork out $3500.

The ten tenants of an Elm Row flat took Click Property Management Limited, an agent for Lucky Dragon Investment Corporate Trustee Limited, to the tenancy tribunal over claims the landlord breached their privacy by allowing a cameraman to film their flat inspection in February.

They complained to the tribunal after the landlord allowed filming in the flat without notice, and did not stop when asked to do so.

The landlord had argued the filming for a show about turning a boarding house into a flat was not stopped because it was nearly finished.

The tribunal did not accept that explanation, finding the landlord did interfere with the "reasonable peace, comfort and privacy'' of the tenants by allowing filming without notice, and continuing the filming when asked by the tenants to stop.

But the tribunal stopped short of finding the incident amounted to harassment and was therefore not an unlawful act, because the landlord took immediate steps with the film company to stop the film from being broadcast.

The tribunal also ruled against the landlord on the issues of mould and the hole in the bathroom floor, but found the number of smoke alarms was compliant.

Note in the case of a tenanted property for sale, tenants may refuse to have interiors photos of living quarters published on RE company Internet sites.