Science in crime novels should be real - writer 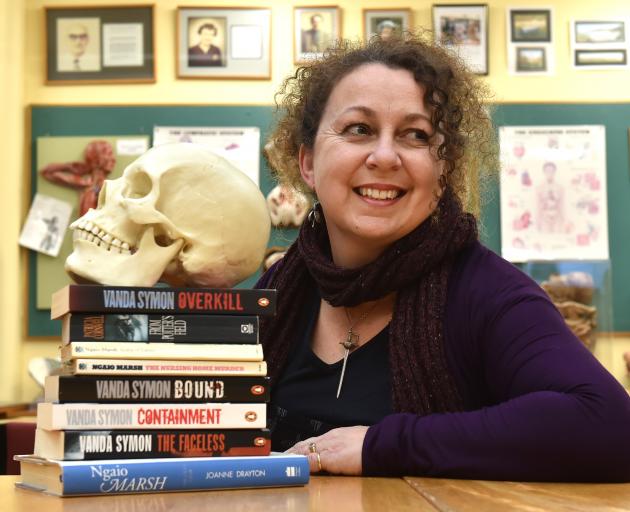 And Dr Symon should know, having graduated from the University of Otago earlier this month with a PhD focusing on ''the communication of science in crime fiction''.

She also conducted an online survey of about 1000 crime fiction readers, and found more than 870 regarded accurate forensic science as ''very important''.

Her first book has also been published in German, and will later this year be published in England for the first time which she said was ''exciting''.

Dr Symon has an earlier Otago bachelor of pharmacy degree, and practised as a pharmacist for some years.

After completing her first novel, she attended the University of Otago summer school in 2008, and undertook the school's most popular paper, forensic biology, wanting to learn more to help with her future crime writing.

Crime fiction was ''one of the most popular genres'' among book readers, and forensic science was often used in crime novels.

Her PhD study explored whether science could be communicated through crime fiction, and did this partly through the ''historic example'' of New Zealand author Ngaio Marsh, and two contemporary surveys.

Marsh was known as one of the ''Queens of Crime'', with Agatha Christie, Dorothy L. Sayers and Margery Allingham.

In her 1955 novel Scales of Justice, Marsh used scientific knowledge about fish scales in the hunt for the killer of a victim found beside a stream.

The science was ''beautifully tied to the story'', Symon added.

Her research found fiction could be used to raise awareness about science, including forensic science.

Readers wanted real science, but did not want an excessively lengthy ''info-dump''.

Crime novels were usually fast-moving, and readers wanted real forensic science that ''carried the story forward'', rather than standing in the way.

''You have to work to keep your readers,'' she said.