Threat to move over cycleway 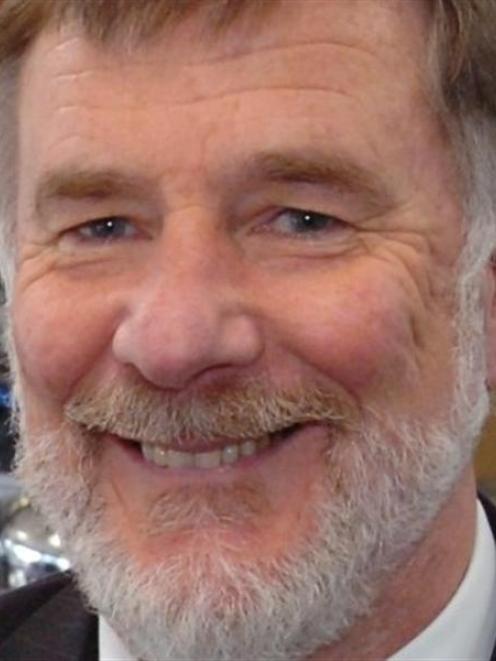 Roger Fewtrell.
A Dunedin business owner potentially affected by changes to an intersection on the route of the new harbourside cycleway has threatened to move his enterprise to Auckland.

But another said the possibility of new signs telling people where to access the area instead would go a long way in mitigating the potential effects of the changes.

Dunedin City councillors on Monday adopted a controversial cycleway route through the harbourside area, acknowledging it was not ideal, but saying it was the safest and best available route to connect the South Dunedin cycle network, mainly used by commuters, to the city.

They also made it clear they felt it was a shame changes to the intersection of Roberts and Wharf Sts, which the new cycleway will pass, had become confused with the cycleway work, as the changes were planned anyway because the intersection was dangerous.

The changes would simply be brought forward to be done as part of the cycleway work.

Several businesses in the area expressed concern about changing the intersection because they believed it would affect access to their businesses.

Southern Hospitality managing director Roger Fewtrell said the council's decision meant his company would consider its options at its board meeting early next month.

Most of his customers came via Roberts St, turning in off the Jetty St overbridge or Wharf St.

That option would no longer be available with the changes adopted and people would have to find other ways to get to the business.

If that resulted in a drop in trade, the company might give way to pressure already coming from its shareholders to move its Dunedin-based head office to Auckland, he said.

A planned premises upgrade and a new graduates' programme in Dunedin were already delayed, ''in case we are forced to move''.

He felt the decision was already a foregone conclusion.

''I'm not surprised given the dickheads we've got around that table.

''It's just another nail in Dunedin's coffin; we've got a council not focused on business and focused on cyclists, but there are no cyclists.''

Acknowledging the concerns, the council agreed to ask staff to work with businesses possibly to install new signs guiding people to the businesses, along the lines of those seen in industrial parks, but Mr Fewtrell had doubts as to how much that would help.

His concerns about access to his business had been alleviated after the council's decision to move away from a complete closure of Roberts St, but he said restricted vehicle access could still hurt some businesses in the area.

Signs telling people to enter the area at the next street would go a long way towards mitigating the effects of the changes, he said.

Before making the decision about the cycleway, councillors spent more than an hour grilling staff on whether they had considered all the options for rerouting cyclists to avoid the narrowest and busiest part of Wharf St.

Satisfied all options had been considered thoroughly, the councillors present voted unanimously for the option taking cyclists from Portsmouth Dr past the molars, west along Kitchener St to Wharf St, and north past Roberts St, crossing Wharf St under the Jetty St overbridge.

Because of dangers of cyclists using the path on Wharf St, and the potential for the Kitchener St-Birch St route to become more developed in the future, the chosen route was the safest and most direct for cyclists, Cr Richard Thomson said.

''It makes sense. I know some businesses ... feel they will be impacted.

"I hope that is not the outcome and we will do all we can to avoid that.''

Cr Chris Staynes said it was equally as important not to lose businesses as it was to make the intersection at Roberts St-Wharf St safe, and that work was something that should not be confused with the cycle lane work.

Mayor Dave Cull said the option chosen was '' the best we can come up with in terms of balancing the needs of everyone''.

It was not an ideal solution for cyclists either, but probably the best they could hope for, Cr Jinty MacTavish said.