What do you know about the eleven candidates who are contesting the 2016 mayoral election? Chris Morris puts the questions to Conrad Stedman.

Conrad Stedman has one eye on South Dunedin and the other on accountability as he vies to become the city’s next mayor. 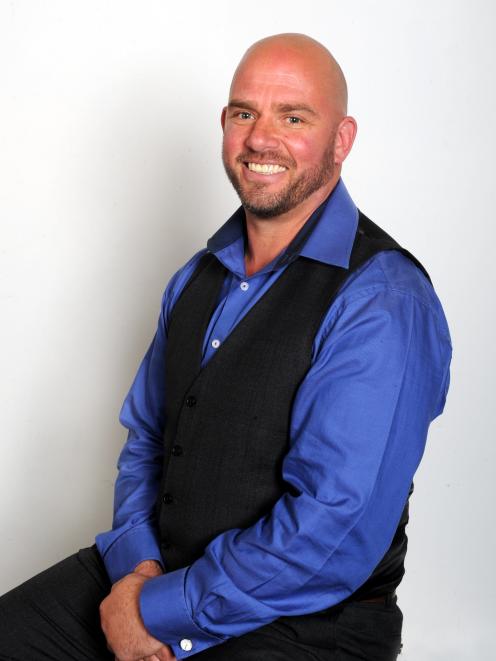 The policeman turned real estate agent wants to be a mayor "that will listen" to people’s concerns, and make a difference, while building a more prosperous city.

That would start with tackling problems in South Dunedin, where Mr Stedman said the focus needed to be on improved maintenance, rather than ‘‘negative’’ talk of managed retreat.

To give the public an opportunity for a voice that will listen, to feel like they’re being heard at the end of the day.

I get frustrated when there’s issues at council, or agendas, that get put forward — but is it the view of what the public actually want or need?

An example is the [South Dunedin] cycleways, as it appears the community didn’t actually want it out there.

There were some in the community who did but the majority did not.

There’s a lot of money wasted on that.

Also the South Dunedin flooding. I was disgusted due to the lack of maintenance in the infrastructure, that the people out there got affected by that.

I’m an ex-policeman, I care for people, and when I see that happening, it’s the people who can’t afford to get hurt.

I’m a very approachable person. I like to talk to people. I’m a man of my word. I’m an honest sort of chap. I’m not doing it just for myself, it’s because I do actually want to try and make a difference for the people out there.

What relevant experience do you have?

I’ve been on the board at St Clair school, I’m currently the chairman of Pirates [rugby club], I’ve been on quite a few committees, I’m involved in junior life-saving — I’ve been on a lot of community things.

I don’t like hearing about retreat, because that would just be too costly for the city — and where would our people go?

There’s other ways to actually solve that problem.

What’s happening out there is all this negative talk is actually detracting from the people’s investments out there.

They’ve got their homes out there and, being in real estate, I see that affecting their prices.

They’ve put a lot of hard work into those homes, and that’s affecting that.

It’s also the businesses out there, and the stress on the people.

Also the accountability of the council.

I don’t like hearing about secret meetings prior to the actual council meetings.

They become a veneer.

They’re supposed to be for the people, but if there’s secret little meetings prior, it makes it false when things are already decided.

What I don’t want to see is smoke and mirrors, where this agenda gets pushed because that’s the easiest option.

I would like to see the facts come out.

If it is climate change, let’s deal with it but if it’s actually not that, [then] what is the issue and then move forward . . . we actually just need to get on and get it done, because those people out there actually need that surety.

Do you accept climate change is a threat to South Dunedin or blame the infrastructure out there?

The infrastructure has been stuffed up — the lack of maintenance . . .  they’ve just not spent the money in the right areas.

They’ve taken their eye off the ball and so our people have got affected.

The climate change thing — there is possibly an argument for that . . . I can see both sides, but at the end of the day we can keep on going on about it, but we’re not solving the problem . . . at the moment we’re sort of just sitting around and talking about it.

We need to focus on that and stop spending money in areas that money doesn’t need to be spent, and wasted.

Are you sympathetic to climate change arguments, or yet to be convinced?

I’m yet to be convinced on that ...  it’s about having the full picture as opposed to a one-sided view.

But, in saying that, the problem can be solved, because there are other places around the world that are actually below sea level, and they survive.

There’s ways around it.

It’s getting better at promoting itself.

We’ve got the stadium and we’ve had some great concerts going on there.

Probably the tourism side of it we’re going OK, except for probably the freedom campers but I think that problem’s been solved.

What is Dunedin not doing well?

I just think there’s too many block walls, too much red tape.

We need to be trying to solve these problems as opposed to putting in brick walls.

What could fix that?

Having a bit more flexibility in terms of our district plan or the commercial area of Portsmouth Dr.

Because it’s zoned industrial as opposed to commercial, 'no we can’t do this' ...  you guys [council] are in charge of this — work it.

What’s your overall vision for the city?

I want to see it prosperous.

I want to see a future for my children ... to actually want to stay here in Dunedin and not go up to Auckland and chase the big money.

I want them to actually have a place that is vibrant and people want to stay here or move here.

Who did you vote for at the last national election, and how would you describe your politics?

It’s about seeing both sides of the coin.

I can see hardship out there and I can understand what people are talking about but I can also see the other side of the coin, where we do have to have progress as well.

How are you going about your campaigning and how are you funding it?

I’m funding it myself ...  a bit of social media, the signage, and just a lot of talking to people.

Obviously we’ve got the council candidate meetings to talk to the public, and I’ll be doing some flyers as well ...  there is a fair bit of expense in it.

Have you attended council meetings?

I’ve been to a council meeting where I’ve presented something on the district plan ...  I’ve watched on Youtube.

It brasses me off how childish some of it is sometimes.

How would your previous experience as a policeman and real estate agent help the city?

On the police side of it, obviously I care about people and looking after people.

I was in there for 10 years, I was a young detective as well — that’s people-focused and [about] looking after people.

On the real estate side . . . people want to sell a house, they’ve got to find another house, and it’s trying to get them there easily.

Brought up: Dunedin, apart from six years in Auckland.

This candidate is very real. An informative piece.

We go to Auckland, but not to chase the Money. To see 'the one that got away'. (Got away from what? Flooding? The Dunedin Sound?).