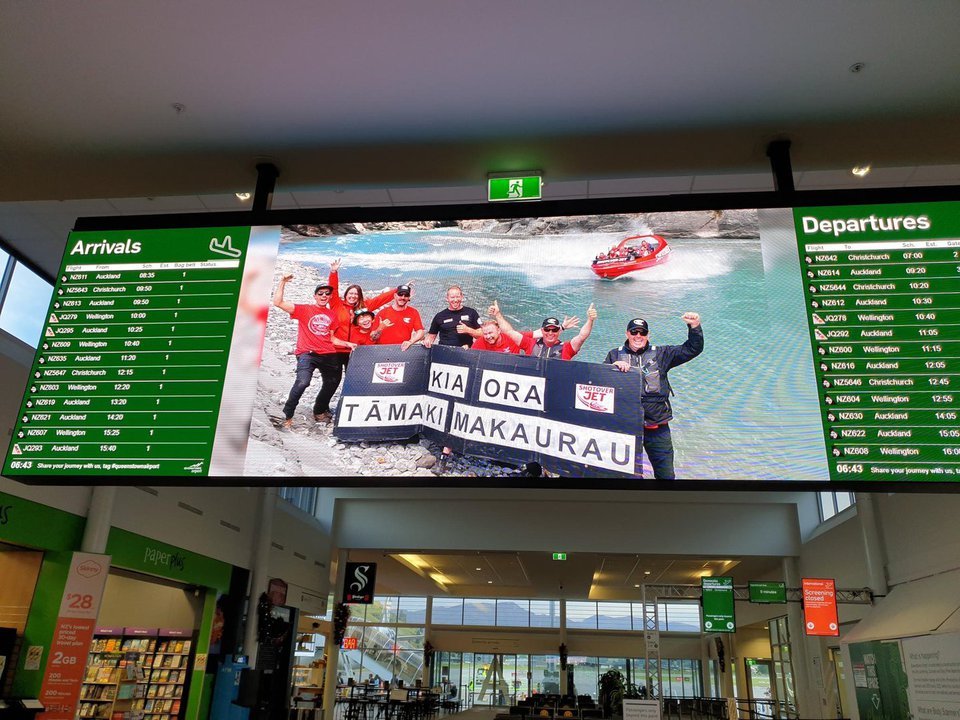 Queenstown Airport welcomes back Aucklanders. Photo: RNZ
With flights from Auckland resuming today after four months grounded, Wellsouth Medical director Carol Atmore is urging those travelling to the South to reflect on travel plans before visiting the region.

For those who were travelling to the Southern region from Auckland, Dr Atmore said should they test positive for Covid-19 it would be extremely unlikely they would be able to return home until they had been through their isolation period.

"I would suggest people coming to our region reflect on what the impact would be for them if they did get Covid-19 here, and make sure they had a plan to manage that. If the travel isn’t critical, perhaps reflect on the timing of it.

"If you have to self isolate and you’re camping in a tent, for example, that can get quite complicated."

While remaining vigilant and prepared, it was also important not to panic about possible transmission.

"People have to be double vaccinated to travel, or have a negative test if they’re unvaccinated, within three days. With these measures put in place, it reduces the chances of Covid-19 coming down into our region."

Dr Atmore said that while the region was as well-prepared as possible, "you can never be fully prepared for something that you’ve not had to manage before".

Air New Zealand and Jetstar have confirmed that thousands of Aucklanders are tipped to fly to Queenstown, Dunedin and Invercargill this week.

A spokeswoman from Air New Zealand said more than 12,000 people were booked to travel in, or out, of Auckland today.

More than 1200 of those customers were booked to fly to Queenstown from Auckland.

Between December 15 and January 31 there were expected to be about 53,869 passengers flying in and out of Dunedin.

It was a similar story for Jetstar, which was also resuming services to the South from Auckland.

A spokeswoman for Jetstar said more than 4000 Jetstar customers travelling to and from Auckland today, and that demand for Dunedin and Queenstown flights had been strong.

- There were 80 new cases of Covid-19 in the community yesterday.