Death 'should send message to zoos' 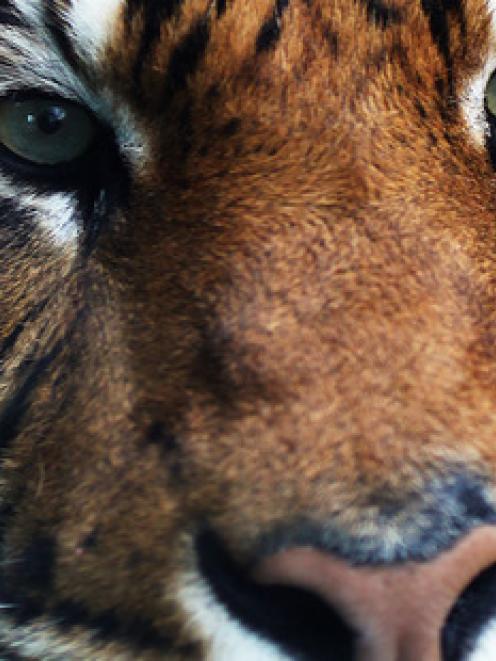 Oz, a male Sumatran tiger, killed a keeper at Hamilton Zoo. Photo: NZ Herald
The death of a keeper mauled by a tiger in Hamilton Zoo should send a message to zoos around the world to "reconsider their continued confinement of big cats", animal activist group Peta says.

It comes after experienced senior keeper and mother-of-two Samantha Kudeweh (43) was killed by Oz the male Sumatran tiger at the zoo on Sunday.

It was not yet known how the animal was able to get close enough to harm Mrs Kudeweh, who was known as Sam.

A decision yesterday not to euthanise Oz was welcomed by animal welfare groups.

However, the action group People for the Ethical Treatment of Animals (Peta), said while it was "saddened but not surprised" to hear of the death, it was just the latest in a long list of such incidents around the world. It cited a similar fatal attack in Poland a few days ago.

"Peta sends our condolences to the keeper's family and hopes this incident will make Hamilton Zoo, as well as zoos around the world, reconsider their continued confinement of big cats," it said in a statement.

Zoos gave people "the false idea that these animals are little more than cuddly kitties who can be used and abused for our entertainment", the organisation said.

"But captivity does not extinguish all the instincts that tigers follow. Attacks by captive big cats on people -- which occur with staggering regularity -- illustrate the profound levels of stress, anxiety and agitation that these animals experience every day of their lives."

Peta described captivity as "a living hell" for zoo animals, which "denies them the opportunity to engage in any of the activities that give their lives meaning".

"No animal can thrive in such an artificial and a stressful environment."

Hamilton Zoo remains closed following the incident, but is due to reopen on Thursday with some of its five Sumatran tigers on display. No decision has been made on whether visitors will be able to see Oz.

The zoo's popular Tiger Talks, Eye 2 Eye and Face 2 Face encounters for all species have been suspended until further notice to allow zoo staff time and space to grieve, the facility said yesterday.

Oz was transferred to Hamilton Zoo from Auckland as part of the Global Species Management plan for the endangered Sumatran tigers, and Ms Kudeweh spoke at the time of her excitement, describing it as a "career highlight".

Yesterday her family released a statement saying the zoo was a "crucial" part of Ms Kudeweh's life, and "second only to her family" -- husband Richard, who she met working at Melbourne Zoo, and children Billy (9) and Sage (3).

Mrs Kudewheh's family have asked for privacy and time to grieve while arrangements are made for a service to celebrate her life.