The roll-out of the flu vaccine which saw doctors go without for up to 10 days without supply has been described as a "debacle" and "total disaster" by the NZ Medical Association.

And the block of second tranche of funding to GPs could see some practices and doctors without work by next week, the association's chair Kate Baddock warned the Epidemic Response Committee today. 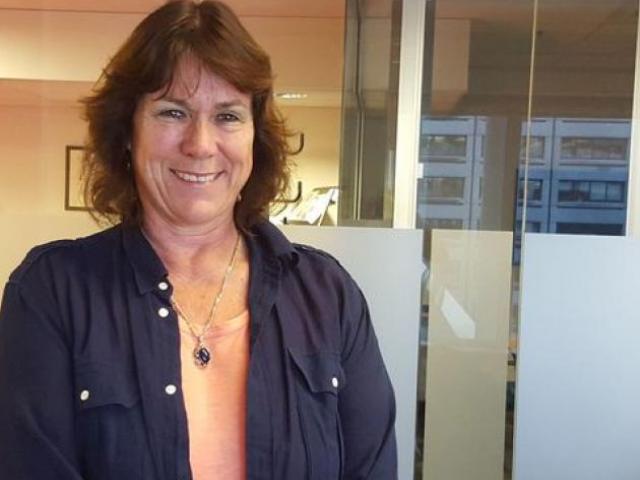 Dr Kate Baddock. Photo: RNZ
Dr Kate Baddock said the issues with the roll-out of flu vaccine meant her practice went without for 10 days while they had 4000 vulnerable people they needed to vaccinate.

"The flu vaccine was a complete debacle - there's absolutely no doubt about that," she told the committee.

And news that Cabinet had stopped another tranche of funding to keep GPs will have an immediate impact on practices, she said, with some GPs who are going to be out of work by the end of the week.

"We are very much hand to mouth in terms of cash flow ... when that cash no longer flows because we have delayed payments because of virtual consultations ... that cashflow which funds out staffing requirements is just not there."

She said the ministry, DHBs and minister all agreed on the funding before lockdown but "have reneged on that expectation".

The  New Zealand Herald yesterday revealed the second half of a $22 million funding package had been stopped by Cabinet but many GPs were depending on that money and had already spent it on overheads.

Baddock said they needed that decision reversed by the end of the week or practices and doctors would be out of work. The GP also described the scramble to move almost all face-to-face appointments online as "hectic" and "frantic".

"It was an incredible feat that they've been able to achieve."

Close to 20,000 Kiwis are missing out on dental care every day because of the lockdown and at least one person is in intensive care due to a life-threatening infection, the committee was told.

Dr Katie Ayers, president of the New Zealand Dental Association, said she was now aware of at least one person currently in intensive care for the management of life-threatening dental infections.

She said the profession was in a "dire state" due to a lack of government planning, support and virtually no available PPE.

"The dental profession has been telling Government and the public for weeks about continued access issues around the mandatory requirements and quantities of PPE.

"However, the extreme uncertainty for us is a lack of ready guidelines setting out what dental treatment should look like at each Alert level. This means that planning is unable to begin. There is currently no indication when dental practices will be able to reopen and a workforce of over 10,000 is essentially sitting without work.

"Dentists are essential primary health care workers as they are frontline and there is a looming public health crisis, with one out of eight practices already having laid off staff and up to 45% currently being forced to consider doing the same.

Chief executive of the New Zealand Aged Care Association, Simon Wallace, told the committee it "seems crazy" that they can't test 700 people being admitted to rest homes each week when there's capacity to do so.

People being admitted might not have a sniffle or a sore throat, but they have many underlying health conditions and were at risk.

"If the likelihood is low but the severity is high like it is with Covid 19 why would you not test?," Wallace asked.

"We just don't understand the rationale for not testing."

He said aged care facilities had to agitate DHBs to get personal protective equipment (PPE) at the start of the crisis and while the situation had improved greatly, there were still pockets still struggling to get the supply they need.

Facilities shouldn't still have to quibble with health boards to get PPE, he said.

Chair of the committee, Opposition leader Simon Bridges, said about the representatives: "All of these organisations have faced difficulties during the lockdown, particularly when it comes to accessing to PPE."

Also on the committee is National party health spokesman Michael Woodhouse, who has also been critical of the Government's handling of PPE and has said it was too slow to act.

The Auditor-General yesterday announced a review into the Ministry of Health's distribution of PPE after mounting frustrations from healthcare workers on the frontline despite reassurances from top level officials.

The review will assess the controls over procurement, distribution to district health boards and other agencies and stock levels. Director-General of Health Ashley Bloomfield said he welcomed the review and any recommendations it may have.

The chief executive of the Pharmacy Guild of NZ, Andrew Gaudin, wants the Government to scrap prescription fees.

Many people aren't able to afford the co-payment so pharmacies are being left $5 out of pocket each time they give prescriptions to people who need the medicine but can't pay for it.

The sector also had to battle to get adequate PPE for their frontline staff which see 1.5 million people each month, he said.

"That has now been resolved but it took too long."

Many pharmacies had to pay for it themselves, he said.

The sector also desperately needed funding because many community pharmacies may end up having to close without government support.

Gaudin said the guild had tried to meet with Health Minister David Clark and Director General of Health Ashley Bloomfield, but neither had made themselves available.

"This is delicate, pressing and urgent and it needs attention immediately … we're pulling our hair out."

There was also the issue of pharmacists being able to access those who can't get to a pharmacy and a new delivery model was being worked on."But we don't have the answers yet."

There's a collective challenge about how they reach out to people at home so sick people "don't then hit the hospitals" when their conditions worsen because they aren't going to their GP or pharmacy.

"That would be appalling."

This isn't about making money, this is about staying afloat and providing the service New Zealanders want, Gaudin said.

"Community pharmacists have felt undervalued and under recognised. I take my hat off to them."

Chief executive of the Disability Support Network, Garth Bennie, said there'd been slow and contradictory decision making by the Ministry of Health.

For example, disability support workers originally weren't recognised as essential workers and had to fight to get their status changed. There'd also been "considerable" confusion around guidance on PPE, he said.

The sector also needs more secured funding to ensure ongoing service as many providers were already eyeing their next payroll payments with worry, he said.

Bennie said there'd been contradictions within the Ministry itself and significant delays to get advice approved.

Providers were still having to battle individual DHBs for PPE which had been unaware of the scope and scale of the disability sector.

The PPE situation was "definitely a work in progress" and while it had improved, there were still issues with supply, Bennie said.

But the single biggest cost for providers was staff, Bennie said.

Some lost 30% of their workforce during the lockdown because the workers themselves were vulnerable and were told not to apply for the wage subsidy scheme as staff would be provided.

That hasn't yet happened and so providers had to employ workers at their own cost, Bennie said.

There had, however, been a flexibility under the Covid-19 crisis about how staff and resources were deployed which the sector had been asking for "for years", Bennie said.

He hoped that would continue after the pandemic ends. 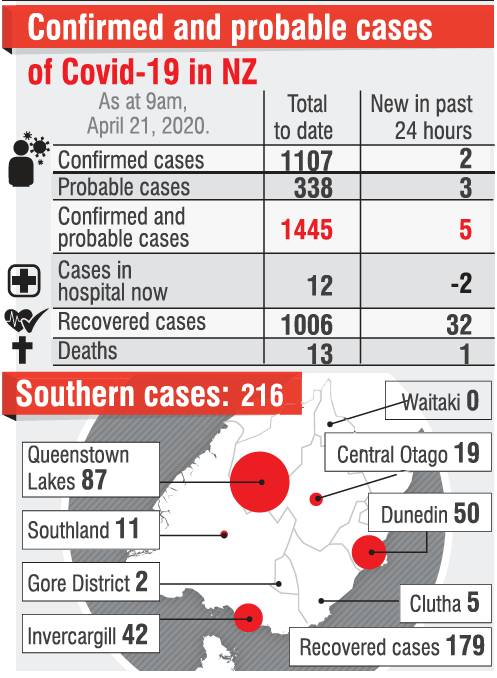