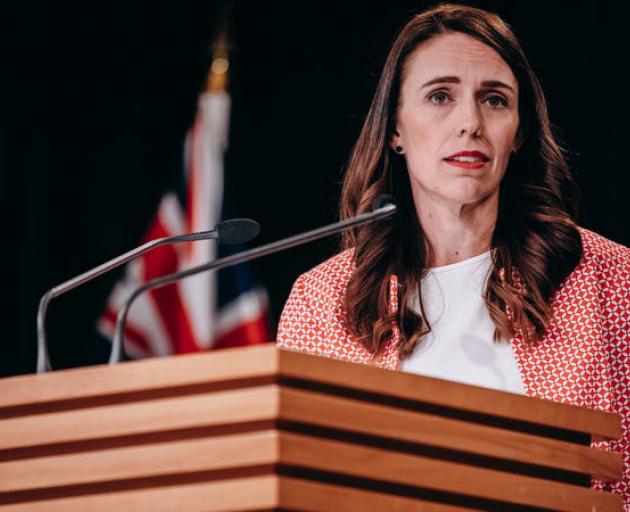 Ardern said today she is frustrated RNZ pushed ahead with announcing proposed changes to its Concert radio station, when the Government had asked for time to discuss alternatives.

RNZ is proposing to remove Concert from its FM frequencies and transform it into an automated nonstop music station which will stream online and play on AM radio.

At her weekly post-Cabinet press conference, Ardern announced an alternative plan would be drawn up in a Cabinet paper to be presented to ministers.

It would involve freeing up the 102 FM frequency - a spectrum for youth programming that has been shelved for the last 20 years.

"In the meantime, we believe RNZ has NZ On Air funding obligations to continue programming until June, and we intend to use the time available to work constructively to find a solution,'' Ardern said.

RNZ is planning to take the classical music station off the FM frequency and replace it with a new station aimed at reaching a wider, younger audience

Earlier today RNZ defended the proposed changes, saying its taking public feedback into account and continuing to consult, but argues the station isn't closing down - only moving to different platforms.

RNZ said it cannot meet its Charter obligations as a public service broadcaster without broadening the diversity of its audiences.

But Ardern argued one programme doesn't need to come at the cost of the other.

"[Broadcasting Minister Kris Faafoi] explicitly asked for time so that we could see if whether or not there was something we could do to prevent the loss of the FM frequency for Concert. RNZ went ahead and announced this regardless,'' she said.

Government sources have told RNZ Faafoi met with RNZ chief executive Paul Thompson and board members a couple of weeks ago to discuss the proposal.

It's understood the minister's main issue was with the shift away from the FM frequency and he asked those in the meeting to hold off making any decisions or announcements until some further work had been done on alternatives.

The minister asked for time for officials to explore other options - work that the Prime Minister plans to plough ahead with.

It's understood the minister met with Thompson again last week and expressed his unhappiness with how things have played out.

Thompson has not yet responded to questions about the meetings.

RNZ planned for concert to be taken off FM radio on 29 May and phase the new programme in ahead of its full launch on 28 August.

The move would eliminate 17 jobs at RNZ Music, including all Concert presenter roles, from late March.

It draws in an audience of approximately 173,000 people a week and amongst those who tune in are some vocal critics.

None have been more vocal than former Prime Minister Helen Clark, who has taken to social media to fight RNZ Concert's case.

Another politician that has weighed in is former Attorney-General, Chris Finlayson, who is one of three lawyers mounting a legal challenge to stop changes going ahead.

Finlayson told Checkpoint the plan to move Concert to an AM frequency was a 'complete stuff up'.

"I'm commenting this afternoon, not as a lawyer, but as a person who's very involved in the arts... above all I'm talking to you as a lover of Concert FM.

"It is not the preserve of the wrinklies, it is something that provides a wonderful service to all New Zealanders so I certainly hope the Prime Minister will do something about it.

Finlayson said he hoped the plan is dead in the water.

"I understand why [RNZ board chair] Mr Mather and Mr Thompson have run for the hills because they should front up to explain their lousy process. The second thing they need to do is to explain why it is that a public service broadcasting organisation is going to have some kind of ZM-type channel... it's pretty dopey."

He said that young people are already being catered to with Concert FM.

"It's a fundamental flaw to think that young people are only interested in the music of Amy Winehouse rather than the music of Brahms."

NZ should be better represented by its TV and Radio stations. Viewing and listening is an experience that leaves me in totally underwhelmed. You could recruit some better production and programming experts from the ailing BBC who can't keep all their staff anyway? Who wouldn't want to come to NZ, start a life and at the same time breathe life into an essential asset that should in its present form be relegated to the bin

Anti Jacinda spin is so disconnected as to be ludricrous.