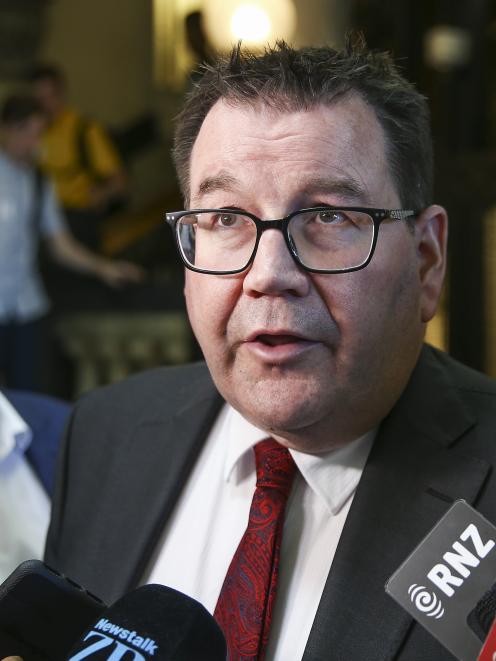 Mr Robertson, who spoke to chamber members via Zoom, said the $400million tourism package announced in the May 14 Budget would be managed by a public-private partnership and have two main themes: supporting domestic tourism and helping firms survive Covid-19.

‘‘Tourism still has a future in New Zealand but it does need to be a future where we reimagine what that sector is,’’ he said.

‘‘Travel restrictions will be with us for some considerable time ... one of the major reasons for our success in controlling the virus has been the border restrictions we put in place but that has come at significant cost to the tourism sector.

‘‘Domestic tourism is back up and running and I really hope people will take a chance to get away around New Zealand.’’

The New Zealand and Australian governments were working ‘‘incredibly hard’’ to establish a transtasman bubble, and Mr Robertson hoped it would be a reality ‘‘ as soon as we can.’’

In the meantime, tourism had to adapt to an environment in which its customers were exclusively domestic.

The Government had recognised the pressure the sector was under and the extension to the wage subsidy scheme was implemented in part with tourism in mind, Mr Robertson said.

‘‘That will be able to flow on directly from the end of the first part of the wage subsidy scheme, and we expect to pay out around another $3.2billion through that wage subsidy scheme, with a particular focus on tourism, hospitality and retail, sectors which have been finding it hard to get up and running again.

‘‘The goal of it was keeping people in their jobs while businesses had to shut down completely or manage their way through the response phase, and it has been an incredibly hard thing.

Mr Robertson said Treasury estimates were that over four years, Budget initiatives would save 140,000 jobs and create more than 300,000 new jobs.