Gun reform could heat up 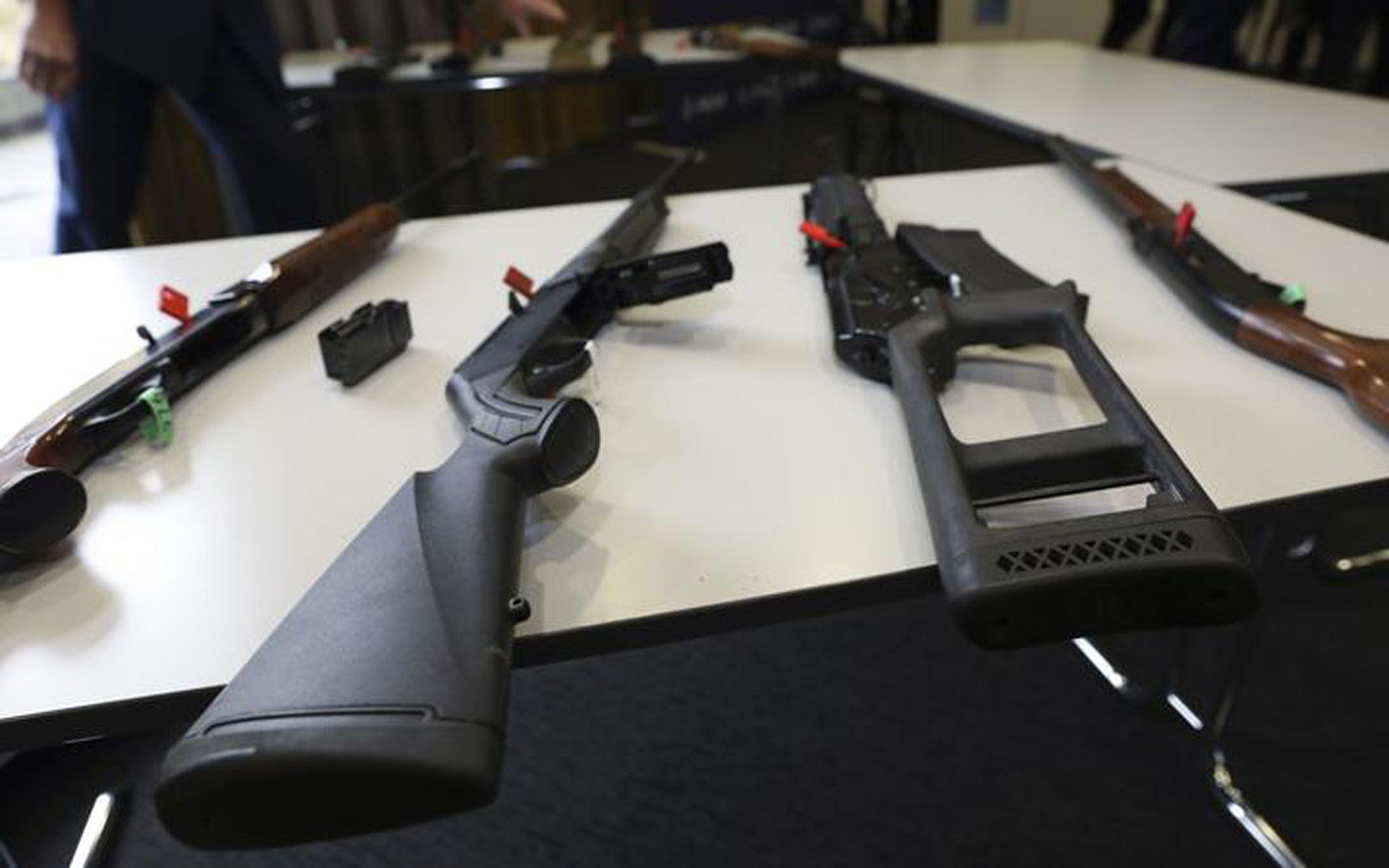 Banned firearms on display at a police media conference. Photo: RNZ
It seems to be a case of so far, so good for the New Zealand gun buy-back and amnesty scheme, but will the implementation of a national register progress so smoothly?

Around the country, including in Mosgiel and Dunedin, most owners of weapons and accessories made illegal in the sweeping reforms that followed the Christchurch mosque shooting have been willingly and, it appears, happily handing them over for a fair price.

What started in Christchurch on July 13 with 224 guns and 217 parts and accessories being relinquished by 169 owners for $433,682 will carry on at events around New Zealand until December, by which time the Government will have a fair idea if its rough estimate of $200million for the plan is accurate.

It has been pleasing to note the spirit of co-operation shown by gun owners so far. They are ordinary folks, abiding by the law, and they deserve credit for playing their part in this process.

Those who do not see the appeal of guns, whether for target shooting or hunting, might struggle to understand this, but handing back their weapons will not have been easy for many of their owners, whether for reasons of sentimental attachment or financial investment.

Some gun owners may still feel they have been unfairly targeted, that this scheme only punishes the responsible members of society while doing nothing to crack down on weapons used by gangs or for other nefarious purposes.

The proof will be in the pudding. If having fewer large-capacity semi-automatics and military-style weapons makes this a safer country for everybody, the gun reform laws will have worked.

The next big step is the national register, announced by the Government on Monday as the key plank in the second wave of reforms.

This could become a major sticking point. There are examples, notably in Canada, of firearms registers being costly and impractical, and questions remain over how effective it can be in flushing out illegal weapons.

That said, a register always seemed a likely prospect after the shootings. It needs to be given a chance.

The world of conservation - against a backdrop of climate change, pressure on water quality and species under acute threat - can be disheartening. The exposed dump on the West Coast spewing rubbish, a ''coastal eco-disaster'', is one specific depressing incident to crop up recently.

But there are also good news stories we should celebrate. While in the big picture, some might seem insignificant, they are harbingers of hope.

One such event is the discovery of a South Island robin in the Ross Creek Reserve in Dunedin. One was photographed in the reserve for the first time in recent memory last month, offering hope predator control work can attract more native birds into the city.

To add to this story, Jack Aubin (12) set out with his father last weekend, in the wet, to search for a robin. Last month's photograph was distant. Jack's was a close-up beauty. The enthusiasm and skills of the likes of Jack are a positive sign for the future of conservation.

As it happens, the city, predators and all, can be a good place for birds be they native or not.

The Orokonui Ecosanctuary is also fostering rarer native species, and - with the help of ''halo'' trapping - its effects can radiate.

Already, the city is often more feathered than bush and forest. Without poisoning, the predators can reign supreme and even the bird-song of the dawn chorus is nowhere to be heard in too many parts of remote New Zealand.

Even the scouring of the Fox Glacier dump has one shining lining. We should applaud the willingness of the many volunteers to help Doc and the Defence Force as they get their hands dirty in the painstaking clean-up.

I find it rather strange when reading about firearm surrender referred to as "handing back" their weapons. These rifles are not or never have been the property of the Crown or the Police.

Also the government, police and media's constantly referring to them as "weapons" to slowly shift the public's perception of them. I don't know anyone that owns any "weapons". They are "firearms", until they are used as a weapon, just like a vehicle, a hammer or a pencil.

So NZ is no smarter than Canada. Taking firearms from responsible people will NEVER make any country safer.
Crooks ALWAYS seem to have no problem acquiring firearms. Governments just never learn....

There maybe a change of government if not next election but in the near future . they might change the rules slightly / gun owners will know this . and hide the guns....