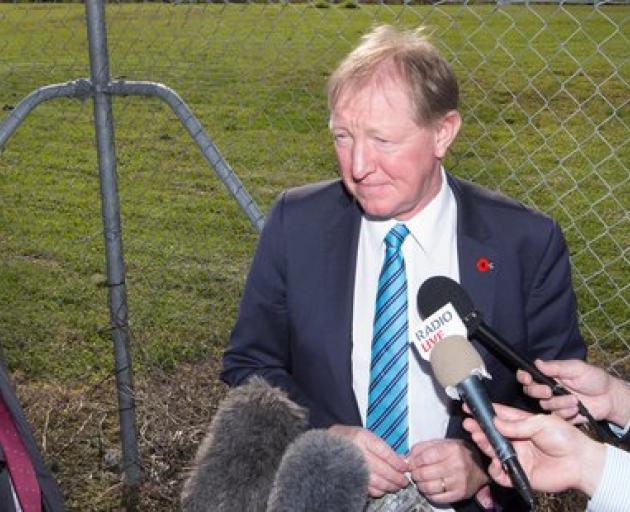 Nick Smith. PHOTO: ODT FILES
This week’s revelations about former long-serving National MP Nick Smith’s behaviour towards a young staff member in his office have reignited concerns about the handling of bad behaviour by parliamentarians.

Dr Smith left Parliament hastily mid-year with rumours swirling about imminent release of details of a Parliamentary Service inquiry into an incident in his office in mid-2020. A draft report of that inquiry has now found its way into the media.

That report said Dr Smith's behaviour was demeaning, unacceptable, harassment, and bullying even if he did not recognise it as bullying. Indeed, Dr Smith has been reported as saying the draft contained "significant errors" and does not reflect the conclusions of the final report, where he says there was no finding of bullying.

The complainant, who says he was treated like garbage, has never received a copy of the final report because he refused to sign a confidentiality agreement over it. His lawyer has described the final document as "in all material respects, unchanged" from the draft.

It is a messy case which has dragged on too long to the detriment of all concerned. And it is not over yet.

Seasoned political operator and One Union director Matt McCarten has entered the fray in his blunt way, demanding answers to a series of questions about Parliamentary Service chief executive Rafael Gonzales-Montero’s handling of the case. He wants Speaker Trevor Mallard to investigate this and to release the final report on the Smith case.

This sorry affair has put the spotlight back on the 2019 report from Debbie Francis which found bullying and harassment were systemic in the parliamentary workplace. She detailed harmful behaviour by and between staff, managers, MPs, media and the public. Among other things, she found unacceptable conduct was too often tolerated or normalised, there were barriers to making complaints, and a core perceived problem was low accountability, particularly for MPs who faced few sanctions for harmful behaviour.

While she found exemplary leadership was common among MPs, there was a known minority whose conduct was unacceptable, and who were reported to be behaving inappropriately regularly.

Ms Francis said she was not cherry-picking stories about a bad day or an off-colour joke but said there was a clear picture of a small number of MPs whose behaviour appeared to be falling well outside the normal range to be expected in a workplace and which closely fitted definitions of bullying and harassment.

Although nobody would have expected culture change to occur overnight, and we are told the Parliamentary Service has been working its way through the 85 recommendations from the Francis report, there are concerns that the toxic environment has not improved and that not enough is being done to protect and support those who call out bad behaviour.

One of the Francis recommendations, that for an Independent Parliamentary Commissioner for Conduct, with investigative powers for complaints of poor conduct by MPs, has gone nowhere.

Ms Francis saw this as a critical component in addressing the perceived lack of accountability for conduct by MPs, although it would not handle complaints relating to employment. She envisaged this commissioner would publish annually a high-level public report of matters investigated, patterns discerned and changes recommended, while preserving the anonymity of accuser and accused.

In July, post-Budget information from the Parliamentary Service outlining progress on outstanding Francis report matters said the recommendation for the commissioner had been "deferred at this stage" with no date given for possible action.

In May it will be three years since the Francis report was published, a time when Ms Francis sought an external expert review of progress on her recommendations. Many of those working in Parliament, and those looking on, may take some convincing much has changed.