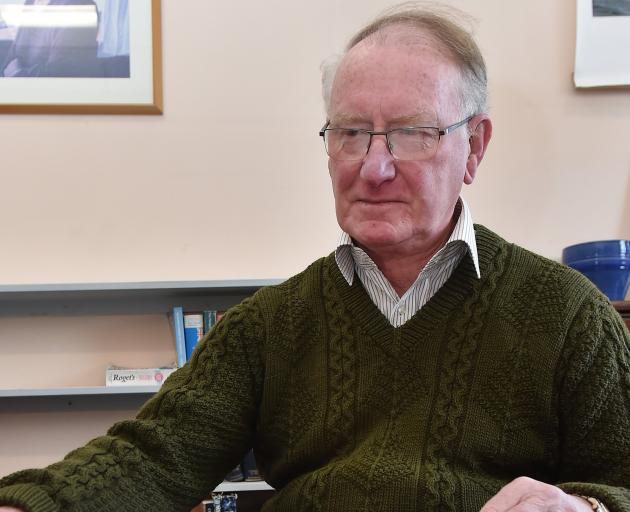 A plaque to commemorate the influenza pandemic of 1918 is still being designed, so the unveiling (somewhere) has been stalled again. Public health researchers suggest a ‘‘living memorial’’ instead (ODT, March 13, 2019).

New Zealand has had a living memorial to the pandemic since 1920: the Department (now Ministry) of Health.

This organisation was a direct response to the influenza pandemic and the resulting public inquiry. That inquiry called out the under-resourced Public Health Department for lacking ‘‘a strong policy of definite initiative’’, ‘‘foresight’’ and failure to ‘‘lead the country in creating precautionary safeguards’’.

Health bureaucrats then worked hastily to create a departmental phoenix with authority and responsibility to care for the nation’s public health and ‘‘constituted for the purpose of specialising in that direction alone’’. The new department was built upon statutory functions as foundations.

These included preventing, limiting and suppressing infectious and other diseases. The department was also required to generally take all such steps to secure the preparation, effective carrying-out, and co-ordination of public health measures.

The preventive focus was reflected in new organisational divisions of public hygiene, child welfare, dental hygiene, school hygiene and Maori hygiene, among others.

Sadly, this organisational memorial badly needs repairing. The current measles epidemic is a timely reminder. Traces of the vision and mandate are hard to find in the ministry beneath the overlay of responsibility for tax-paid medical services.

Umpteen management restructurings and public sector and health sector ‘‘reforms’’ have also eclipsed the public health focus since the 1980s. In a just-released book, The Health of the People, Professor Sir David Skegg quotes the report of the Havelock North Drinking Water Inquiry of 2017, which uncompromisingly said there had been a ‘‘complete failure of leadership and stewardship’’ by the ministry.

He concurs, and sees the ministry as overwhelmed by the challenge of overseeing personal health services with tightly restricted funding. Public health expertise is dissipated rather than concentrated to provide a critical mass. Far too little attention is given to the importance of health promotion and disease prevention. Ministries have tended to see themselves solely as clients of ministers.

Similar claims come from another health system Cinderella. The recent Mental Health and Addiction Inquiry also reported issues of dissipated effort, lack of ‘‘strong and sustained national leadership’’, the ‘‘absence’’ of ‘‘strategic leadership and co-ordination for mental health promotion and prevention’’. Widespread and longstanding loss of confidence in the ministry’s ability to lead systemic transformation across the sector are the result.

In their different fields, Sir David Skegg and the Paterson Inquiry say that neither public health nor mental health and wellbeing can be well served if confined or controlled within the Ministry of Health. Sir David considers various possibilities within the public sector. These include a separate public health ministry, a Crown entity, Parliamentary Commissioner or revamped Health Promotion Agency. Likewise, the Paterson Inquiry proposes a new and independent Mental Health and Wellbeing Commission as a Crown entity with a wide-ranging brief. That would stand alongside an unnamed ‘‘clear locus of responsibility’’ within central government. The second organisation would provide strategic and policy advice, oversee, facilitate and co-ordinate investment in prevention and resilience-building activities and tackling social determinants by all government agencies. Put simply, ‘‘people are unlikely to experience wellbeing if their basic needs — adequate food, safe environments free from abuse and violence, warm and secure homes, jobs and income — are not met’’. The Inquiry report also dangles the possibility of a properly supported cross-party parliamentary working group on mental health and wellbeing.

These important suggestions must not get lost or manipulated by self-interest or aggrandisement as the ministry ruminates the outstanding recommendations from the Havelock North inquiry or assembles hub and spokes to advise the Government on the Mental Health and Addiction Inquiry.

After all, Sir David speaks from experience about the merits of an independent and stand-alone agency. He set up and chaired the Public Health Commission throughout its tumultuous life (1993-96). Prof Ron Paterson has a distinguished record of public service as a former Deputy Director-general of Health, Health and Disability Commissioner and Parliamentary Ombudsman.

The Mental Health and Addiction Inquiry’s call is backed by 5200 submissions and 400 meetings, by far the largest number of any public inquiry in New Zealand.

Maybe it is time to start thinking of a national memorial to the centennial of the influenza pandemic of 1918. The timely suggestions outlined here are in the spirit of the living organisational memorial established 99 years ago when the deaths of 8500 New Zealanders were fresh in the memory.

Significant organisational changes like these are no quick-fix or panacea, but they are urgently needed to provide clear national leadership and strategic direction for public health and mental health.

But if we must have a statue or bronze bas-relief too, then let’s get our imagination and artistic creativity working to design something very different from our war memorials.

Where could it be placed? In a prominent place in the forecourt of Parliament, of course.

There politicians, officials, lobbyists and visitors could always see it and allow it to prompt our collective memory, prick the national conscience or provide inspiration for an inclusive and contemporary vision of health and wellbeing for everyone in multicultural Aotearoa/New Zealand.

●Dr Warwick Brunton is an honorary senior lecturer at the University of Otago’s Department of Preventive and Social Medicine.