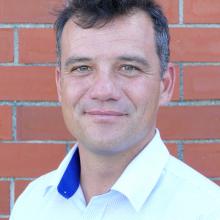 Joseph Mooney
Southland's new MP, Joseph Mooney, says he will lobby for better cellphone and broadband coverage for rural areas in the electorate.

Mr Mooney attended this week’s West Otago Community Board meeting in Tapanui at the board’s invitation, to hear ongoing concerns about poor coverage in the area.

Speaking at the meeting, Mr Mooney said the Government was aware access to online services was “critical” in 2021.

“It should be a given.

“Everything is being pushed online, like banking, business and basic day-to-day communications, and it’s simply not possible for people to operate in the old ways, because internet connectivity is essential.”

Board member Linda Roulston, who has been lobbying the Government and communications industry for the board for several years, said there had been some improvements during the past two years, but serious deficits still remained.

“We’ve had repeaters go in in some locations, and there are a further two towers I’m aware of due to be installed, but rural people are still being short-changed.’’

Bruce Robertson gave an example of a plantation fire between Waikaka and Heriot on Monday night, where communication had been an issue.

“It’s just lucky there wasn’t human life involved, as coverage of any type was very limited.

“If it was a serious accident in a remote area, it could turn out to be an avoidably tragic outcome.’’

Mr Mooney said West Otago was not alone in its experiences, and he had begun working with ministers and industry stakeholders to see what could be done.

“The need for good communications infrastructure has become even more apparent during the past year.

“It’s a long-standing problem that needs to be solved. Our rural communities can’t grow properly without it.”

He said he would report back to the board as progress was made.