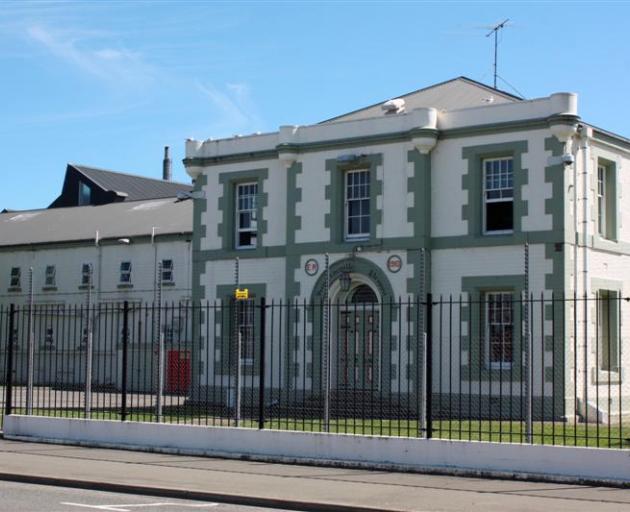 The 103-year-old Invercargill Prison, on the northwestern edge of the city centre. Photo by Allison Rudd.
Prisoners being locked up without access to water, lack of privacy in toilets and damp mattresses are among concerns a report raised about a part of Invercargill Prison.

The Office of the Inspectorate yesterday released its latest inspection report for the prison.

Chief inspector Janis Adair said that despite Invercargill Prison’s age, it was pleasing to note that its south and centre units provided a clean and well-maintained environment.

However, the conditions in the remand unit raised worries as they were poor and prisoners there did not feel safe.

She said the Department of Corrections had taken steps to respond to her concerns at the time.

"The unit was closed and the men relocated soon after the inspection."

Among the concerns in the report were the access to appropriate clothing in some areas; damp mattresses; and a lack of privacy for prisoners when going to the toilet and receiving medical examinations upon arrival at the prison.

There was also limited access to cultural practices and customs that supported te ao Maori and many prisoners had to be transferred to other prisons to be able to access rehabilitation programmes.

Prisoners in the separates cells relied on staff to open the adjoining door to their cells to access their individual exercise yards, he said.

"If staff were busy in the remand unit, men could be locked outside for extended periods of time without any access to a toilet, water or shelter."

The remand unit also had four cells known by staff and prisoners as the "old punishment cells", the report stated.

"At the time of our inspection, we found that one of these cells where a prisoner was accommodated was infested with silverfish. Inspectors raised the issue with staff who told us infestations were a regular occurrence."

The cell was promptly treated and the remand unit closed.

Invercargill prison director Daryl Tamati said Corrections acknowledged the release of the report by the independent inspectorate and noted that it contained much that was positive.

"The report highlighted that the environment at Invercargill Prison was clean and well maintained and the men largely felt safe from bullying and violence while the staff were professional in their interactions with the men in prison."

The issues highlighted in the remand unit had been fully remedied, including a re-paint by contractors, he said.

"The dampness and condensation issue appears to be related to cells in very close proximity to a shower block. The prison population has significantly reduced in recent times and therefore these associated cells are no longer used for occupation."

He further added the cells were regularly cleaned by the occupants and the men were given the opportunity of significant time out of cell, well above minimum entitlements.

In relation to the separates cells concerns, he said there was a call button available in the yard for prisoners to activate if they have a request to access the toilet.

Mr Tamati also stated protocols had been adjusted in that area and, except in extreme circumstances or risk, the sliding door between the cell and the yard would be left open, which allowed access to the toilets and water as needed without the need for staff to facilitate it.

Work was also being done to strengthen the prison’s access and connection to Maori culture and customs and rehabilitation programmes.

Mr Tamati said daily life in a prison could be demanding and due to the busy and complex nature of their jobs, staff could miss the opportunity to think on progress.

"A report such as this helps refocus our work and maintain standards across the system.

"The investment in the prison and the work being undertaken by staff and management shows Corrections’ commitment to ensuring the wellbeing of staff and prisoners and helping make communities safer."