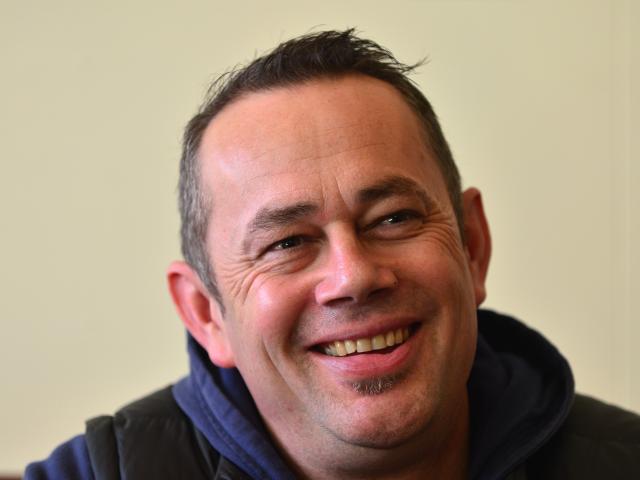 Alf Arlidge.
A visit from one of the world's top basketball trainers is being dubbed a ''massive coup''.

American trainer Drew Hanlen will run two clinics at the Edgar Centre on December 12, for players 14 years and up.

That follows a stop in Auckland in what will be the end of his world tour.

The 30-year-old, who owns the company Pure Sweat, has become one of the sought-after trainers in the world.

That reaches right to the highest level - players he works with include NBA stars Joel Embiid, Bradley Beal, Jayson Tatum and Andrew Wiggins, among many more.

He was also the go-to trainer for virtually all the NBA draft's first round picks this year.

The visit had been organised by the Magic Basketball Academy, led by Alf Arlidge.

He said it would be a significant opportunity for basketball in the region.

''The guy basically flies around America and guys fly him wherever they want him to go to train them,'' Arlidge said.

''Getting him to Dunedin, of all places, is a huge coup for basketball in Otago.''

Arlidge, who coached the Otago Nuggets from 2010-13, said Hanlen offered something different from what most New Zealand coaches provided.

Alongside that, he was world class at what he did.

''I think the main thing they're going to get is one of the world's best trainers skill-wise in basketball.

''From my point of view as a coach, I think in New Zealand we label everyone either a player or a coach, whereas I think there's a lot of people out there that are more trainers than coaches.

''This is the area we're missing out in New Zealand.

''Coaches might be able to do Xs and Os, but can they really teach kids breakdowns on certain moves, shooting, that kind of stuff?

''Drew is world renowned at that.''

Alongside that, he said, it could offer different ways of doing things, to what coaches in New Zealand might teach.

Arlidge said tickets to the clinics were already selling well and the Auckland ones also had strong uptake.

At present Hanlen was in Europe and earlier this week hosted a coaching clinic in Belgium which attracted more than 400 coaches.

Attracting similar figures to Dunedin was something Arlidge and the Magic club hoped to do more.

He had been one of the key people in getting Kiwi NBA star Steven Adams to the city a year ago.