Otago has been well represented in the latest extended Tall Blacks squad.

Star Nuggets centre Sam Timmins leads a large contingent that has links to the region. 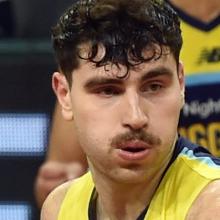 Guards Richie Rodger and Joe Cook-Green were also included in the 33-man long list for the World Cup qualifiers.

The duo, who now play for the Taranaki Airs and Canterbury Rams respectively, are both from Dunedin and played for Otago through the age-grades.

Rodger also played for the Nuggets the past two seasons, and is one of six players included on the long list from the champion team from 2020.

Notable among that group is young forward Akiva McBirney-Griffin, who was drafted by the Nuggets as a schoolboy, before moving to Dunedin last year.

He has spent the past season at college in the United States and has been included in a Tall Blacks squad for the first time.

Kane Keil has been named after returning from an ACL injury which kept him out last year, alongside Jordan Ngatai, Jarrod Kenny and Jordan Hunt.