Pro ranks next for Dawson after second silver 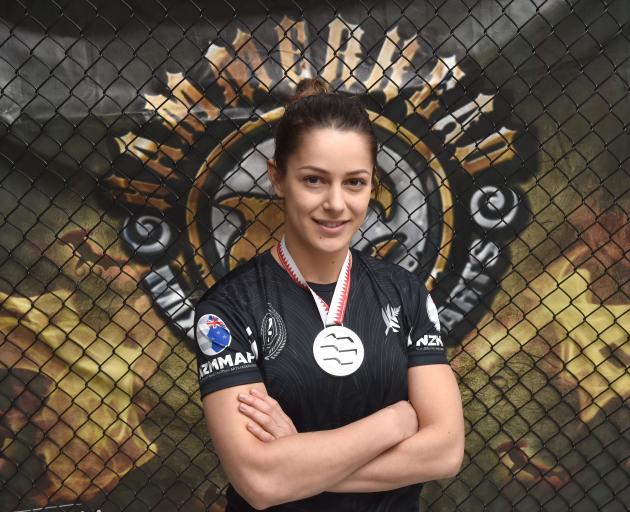 She collected the first of her silver medals while competing in the strawweight division in Bahrain two years ago.

The diminutive fighter missed last year's tournament but returned to Bahrain this month and won silver in the flyweight division.

Asked if she was keen to return for a third attempt at gold, Dawson said that was unlikely.

''Eleven fights is quite a few so I feel like I've had plenty of experience already. And I've been to the world champs twice now and got through to the finals, so I'm not sure there is really any point going a third time.''

Sweden's Bianca Antman claimed gold. She won by submission in round two. Dawson got trapped in a guillotine choke-hold.

Those two losses in finals at the world championships are the only defeats she has suffered.

Her coach, Matt Toa, feels Dawson is ready to step up and fight in the professional ranks.

''I guess we will be plotting a path which will lead Hannah to establish herself as the top pro in New Zealand and then Australia.

''Once we've secured Oceania we can have a run at the bigger competition.''

Dawson works as a personal trainer in Mosgiel and is studying health science at the University of Otago.

She started boxing when she was younger and was encouraged to give MMA a crack by her friend and co-coach, Brogan ''the arm collector'', Anderson. You could say he twisted her arm but that would be a terrible pun and also just not true.

For someone who comfortably dips under 60kg, it was an unusual choice for Dawson.

She had daily physical check-ups while competing at the world championships.

Cromwell's Mel Webster returned from the world championships in Bahrain with a silver medal as well.