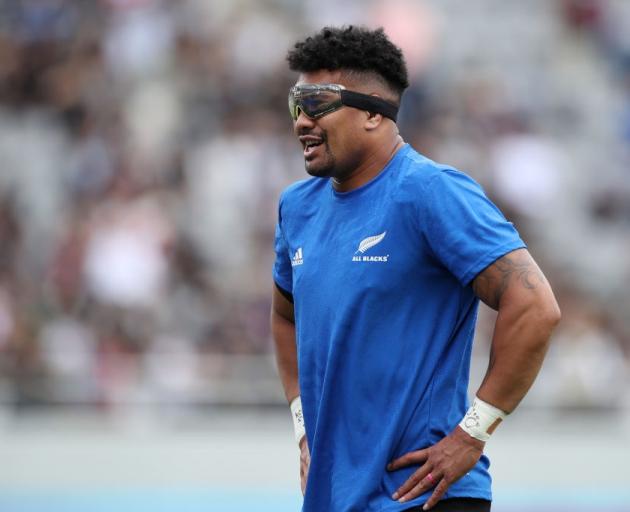 Unfortunately for Hurricanes supporters and fans of Savea's all-action style, the loose forward won't make a Super Rugby appearance until well into the second half of the season.

But confirmed yesterday he was committed to the space age eyewear which caused a storm at last year's World Cup.

The confirmation will add even more interest to the 26-year-old's eventual return, not least from new All Blacks coach Ian Foster.

Announced with great fanfare by the All Blacks at the start of a tournament in Japan marked by extreme heat and humidity, the goggles trial was not without its issues and in the end was put on hold.

Savea decided to wear the goggles as protection as he has deteriorating vision in one eye.

But he often took them off during matches - he first wore them against Canada at a hot and steamy Oita - as the reinforced plastic became fogged up, and there were suggestions they caused a distraction more than anything else.

"It was probably the worst place to trial it because of the humidity and the heat," Savea said.

"But I will keep wearing them."

Savea said he would probably wear headgear in order to keep the goggles' strap secure. Wellington's breezy stadium, which isn't often bothered by humidity, may also be more conducive to better results.

He has always seen eye protection as a work in progress and during the World Cup said he was comfortable being an inspiration for others to try them.

"It has been good to see the hype about it," he said after the game against Namibia during which he didn't wear them.

"I initially didn't think about that when I decided to wear the goggles but seeing the youngsters actually being inspired to wear them now and try out the game of rugby is pretty awesome."

Similarly challenging has been Savea's return from surgery after he injured a knee during the All Blacks' shock semifinal defeat to England.

"Before I got the injury, I thought I'd be okay if I got a massive injury because I've got a lot of things going on off the field," Savea said.

"But I actually really struggled. I love to be active, I love to go out for walks, and not being able to do that for four or five weeks was quite tough mentally. Once I was able to walk, I found I was feeling better."

Savea, who has played 44 tests and was one of the game's standouts last year, will see his surgeon again today but has few expectations around when he will return to the playing field. He had surgery before Christmas and has now returned to the gym, where he can do upper body weights, biking and boxing.

"Hopefully he'll say I can put a bit more weight on the knee. I'm not expecting much, I just know it's feeling better each day, so that's a positive.

"I'm just taking my time. The advice is you have to look after your knee or it can come back and bite you on the bum. I just have to do everything I can to get it right — fully right."