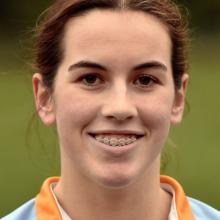 In rugby parlance, accuracy roughly translates to "we blew too many tries".

Otago Spirit coach Scott Manson is not too grumpy about it. His side has posted two comfortable wins after all.

But today's Farah Palmer Cup match against Tasman in Oamaru represents a step up in class and Manson has urged his side to be more clinical. He has also signed off on more greed.

Otago has been spinning the ball but the decisions to pass or not have not always been the right ones.

The Spirit thumped Northland 40-7 in Whangarei but the final score could have been much higher.

"We potentially left close to 30 points out on the park last week and that is not at the standard that we should be at," Manson said.

"When you have quite a buffer it can be easy to get into that mindset where things don't matter as much.

Rosie Kelly will be in the key decision-making position today. She has replaced Hannah Stolba in the No10 jersey.

Regular fullback Sheree Hume is unavailable. She is attending a crossfit competition.

In her absence, Cheyenne Cunningham will shift from wing to fullback and Trisha Hopcroft will start on the right wing.

University fullback Meg Breen will provide cover from the bench.

"I think Rosie just brings a real attacking mindset. She'll have ago. She'll pick out defenders and hopefully create some space for the ones out wide."

That expansive game plan is unlikely to be employed early.

"We've done some analysis on Tasman. They've got quite a dangerous backline.

"They've got talented players on the wing and at No10 and 12.

"Obviously the plan is to beat them up a bit through the middle and back our defence to shut down those key players."

The team met during the preseason for a 30-minute hit-out in Christchurch. Otago emerged victorious but it was not a particularly impressive outing for the Spirit.

"They have clearly improved and have some high-quality players. We certainly won't be taking them lightly. They are definitely a different side from last year that is for sure."