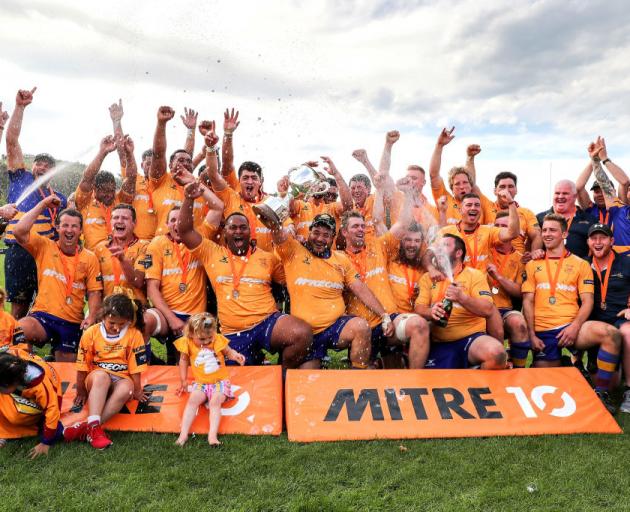 On Monday New Zealand Rugby announced it was cancelling all representative rugby below Mitre 10 Cup and Farah Palmer Cup level in a bid to save up to $20million as it faces the financial challenges brought on by the Covid-19 pandemic.

However, North Otago Rugby chief executive Colin Jackson said the decision to axe the tournament was made by all 12 Heartland unions.

"It wasn’t New Zealand Rugby telling us that we had to do it," Jackson said.

"As a group we were unanimous in that club rugby was the most important. And we wanted to give club rugby every opportunity, even at the expense of the Heartland competition.

North Otago beat Wanganui 33-19 to win the Meads Cup last year, but will not get a chance to defend its title this season.

But there might be a chance to put some representative games .

"If we get a window of opportunity we would love to lock in some games. Who knows, maybe we could do something with Hanan [Shield] sides — Mid Canterbury, South Canterbury. But that is going to depend on what this virus is doing and how long this is going to take."

Jackson said a lot of money would be saved by axing the tournament, but some of those savings would be offset by a dip in sponsorship.

"Obviously, our major sponsor want a Heartland competition because they get exposure. But we are working closely with all our stakeholders.

"But everything is up in the air at the moment."

Otago Rugby Football Association general manager Richard Kinley said the loss of the national under-19 tournament was a blow for everyone involved.

"Naturally everyone is disappointed that the decision has been made," he said.

"But the priority for us all is to get community rugby under way where we can."

Kinley said it was too early to draw up a new club rugby season. Until there is some clarity around when New Zealand will emerge from Covid-19 Alert Level 4, there was not much point doing detailed work.

"But what New Zealand Rugby is doing ... is putting together some scenarios about the transition back. That will give us a bit of a template."

Country rugby has also been impacted by the decision.

Otago Country Rugby chairman Willis Paterson could not be reached for comment. But former chairman Bob Perriam was eager to add his "five cents worth".

"If New Zealand Rugby is looking to save money by cutting the grassroots off at the knees, it is just the wrong way around in my view," Perriam said.

"They need to start at the top to save some money and can the Super Rugby and not pick on the poor old guys in the small communities."

New Zealand Rugby yesterday confirmed the New Zealand schools team is still scheduled to go ahead at this stage. 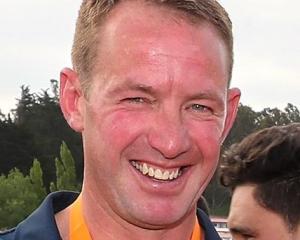