Clinical Canterbury back to their best 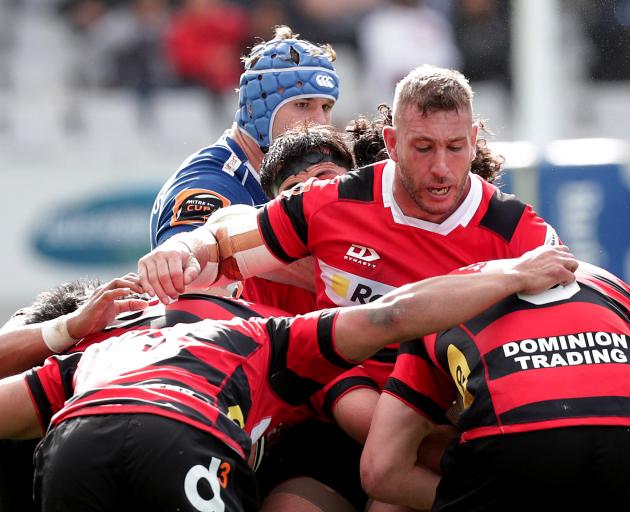 Luke Romano helps out in the melee of a maul during Canterbury's win over Auckland at Eden Park. Photo: Getty Images
Canterbury have finally moved off the bottom of the Premiership ladder in the Mitre 10 Cup, thanks to a 32-22 victory over Auckland in a re-match of last year's final.

Having lost their three first games in their worst start to a season in decades, Canterbury promptly put 80 unanswered points on a woeful Southland side last week to snap that streak.

However, Auckland provided a much tougher challenge, having come into the week second on the table, but Canterbury showed they are getting back on track, claiming a bonus point victory.

Canterbury took an early 10-0 lead thanks to a penalty and an intercept try from Billy Harmon, and while Akira Ioane muscled his way over for Auckland, further tries to Dallas McLeod and a second from Harmon put Canterbury ahead 25-10 with just over 20 minutes to go.

However, threatening a comeback victory like their neighbours North Harbour pulled off yesterday, Auckland struck twice in quick succession, with Blake Gibson scoring in the corner before the hosts kept the pressure on, scoring a superb long-range effort through Salesi Rayasi.

That cut the deficit to just three points with 17 minutes remaining, but Canterbury held firm, extending their advantage through a try from Ereatara Enari, and holding on to move off the bottom of the ladder - and to within just one point of third place.

Auckland remain in third despite the loss, sitting on 14 points along with North Harbour and Waikato in a congested middle of the table.