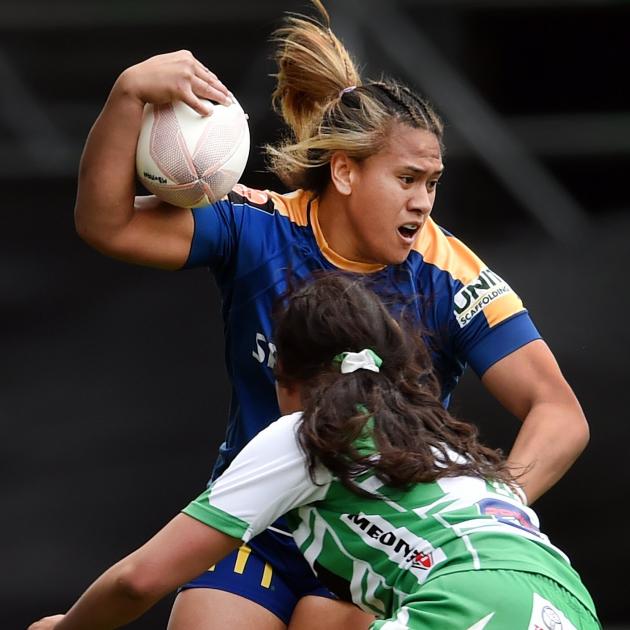 A win would have allowed the Spirit climb to second place in the South division of the Farah Palmer Cup.

But instead Manawatu grabbed that spot and Otago remained in fourth place.

With the top two teams progressing, the Spirit is left relying on a few unlikely results in the last round of games to progress.

Manawatu spent the opening 15 minutes battering away at the Otago line.

The home side scrambled well on defence and had opportunities to clear the ball.

But it was under enormous pressure and just could not escape its own half.

The try had to come eventually and it was Black Ferns fullback Selica Winiata who slipped a defender and ran in from 20m.

The Manawatu forward pack was getting tremendous support from No10 Carys Dallinger’s sharp positional kicking game.

But for all that Otago was able to mount a couple of raids and came close to scoring.

Kilisitina Moata’ane got a lovely flip pass away to winger Kiana Wereta, but she was bundled into touch close to the corner.

Manawatu burst out of defence with a dangerous run from Dallinger. She found a runner but the move petered out.

No8 Kapo Olsen-Baker had made an earlier telling run as well.

Winiata hit the post from a penalty attempt seconds before the halftime hooter sounded.

Otago had rallied but Manawatu would have been disappointed to be only leading 7-0 at the break.

The scoring accelerated in the second spell.

An early error at the back allowed Manawatu to swoop. Centre Crystal Mayes was rewarded for solid kick-chase and was on hand to take the pass and score.

Otago had looked more likely to strike out wide. But hooker and captain Tegan Hollows got herself in the boot of an outstanding lineout drive to crash over.

However that good work was undermined moments later when Dallinger showed wonderful pace to score under the posts.

Manawatu was perfectly positioned to add to its lead but Kelly picked off a pass and scampered 90m to score.

Several times she looked around for support but saw only tenacious defenders.

She did not get a chance to let up once during that sprint to the line. Then the breathless first five-eighth knocked over her own conversion from close to the sideline.

The tense finished was delayed while Otago fullback Hinemoa Watene was carefully placed in a neck brace and stretchered from the field following a heavy knock.

Manawatu scored after the final hooter to stretch the final margin.