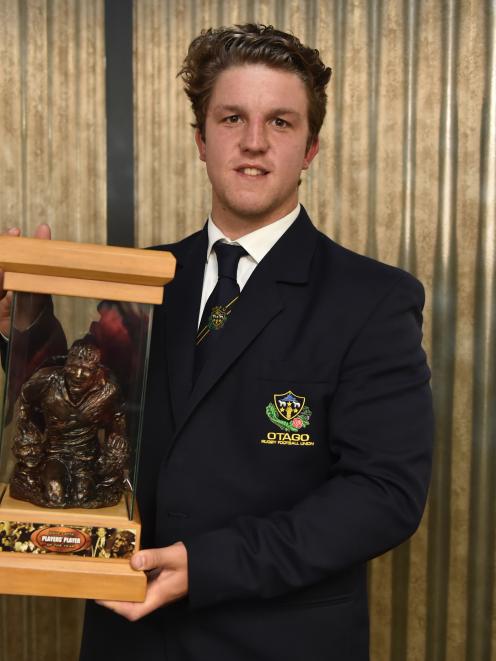 Walden (24) was awarded the David Latta Trophy for the best player throughout the season as judged by his peers.

The trophy is voted on by players on a points system for every game.

Walden had a top season for Otago, playing at second five-eighth for an Otago side which showed plenty of energy and endeavour in attack.

Walden captained the side against Wellington in the capital earlier this month, taking over when normal skipper Sam Anderson-Heather left the field.

Walden has played 34 games for Otago since making his debut in 2013.

Walden has appeared for the Highlanders in the past couple of years, although he had had limited opportunities. He had a fine game against the British and Irish Lions this season as the Highlanders recorded a narrow victory.

Walden follows in the footsteps of lock Tom Franklin and utility back Matt Faddes, who won the David Latta Trophy over the past couple of years.

Other awards for the side were handed out last night, with Craig Millar named the best forward.

Walden was named best back, while livewire left winger Jona Nareki was the rookie of the year.

Versatile loose forward Adam Knight was named player of the year, which was separate to the award given to Walden.

Awards for players in other representative teams were also announced in what was something of a stellar year for the Otago union.