When they reigned: Loss became catalyst 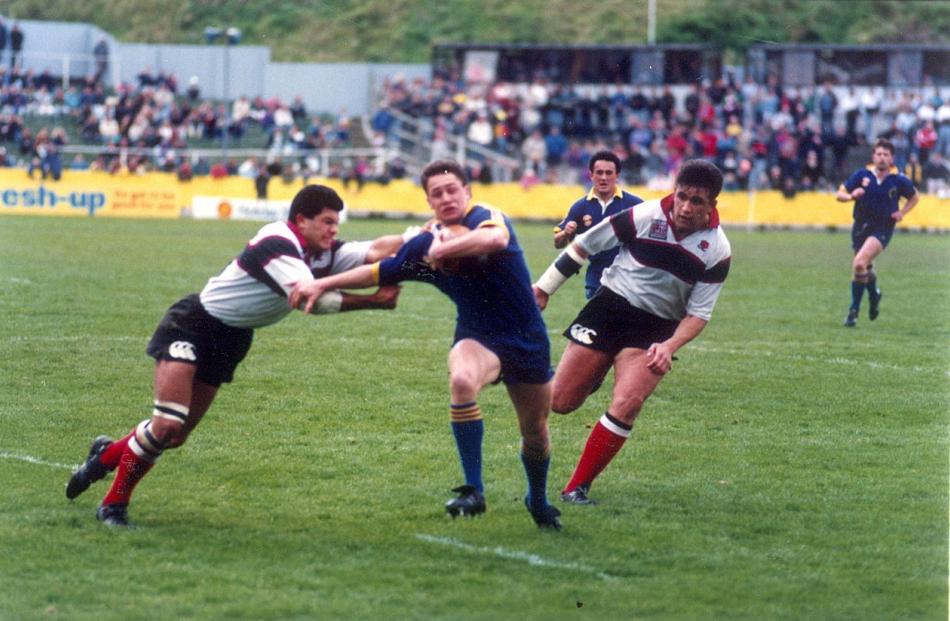 Otago winger Marc Ellis fends off a North Harbour player on the way to the tryline at Carisbrook in 1991. Photos: ODT. 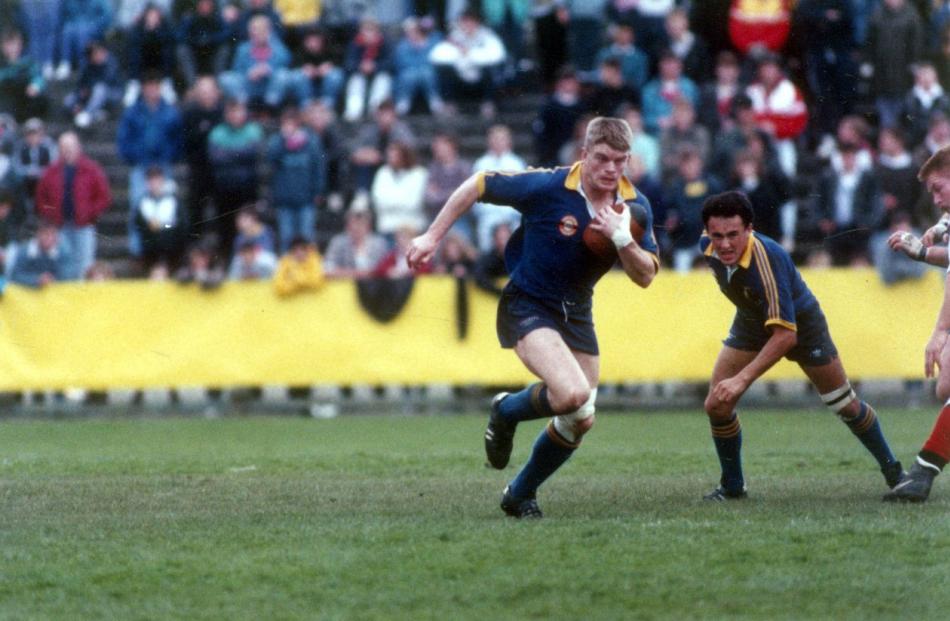 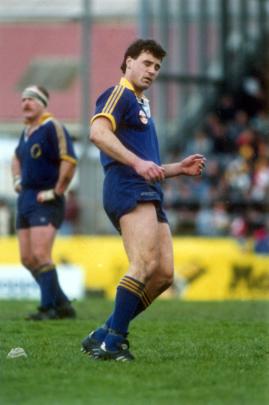 Members of the title-winning 1991 Otago team  gather at a luncheon tomorrow to mark the occasion 25 years on. Rugby writer Steve Hepburn looks back at the successful season.

There is often one moment in time that defines a season — sets the season to go one way or the other.

For Otago in that successful 1991 year it surprisingly came after a loss.

The Otago side had started the national provincial competition well with a convincing 22-12 win over Waikato at Carisbrook.

But the following match did not go to plan and the side lost to Counties 24-22, which turned out to be the only win Counties had all season.Prop Steve Hotton said, when contacted this week, the side knew it had played badly and coach Laurie Mains was not happy.

"He was furious. We knew we hadn’t played our best game and we were going to be in trouble," Hotton said.

"So he said to us to come down to the hotel foyer the next day at 10.30am and have your running shoes on and your boots in your hands.

"Everyone was pretty nervous that night. Even some of the old hands went off to bed quite early. I think everyone was in bed by 10pm that night. They knew we would be in for it the next morning."

Hotton said everyone was on time assembling in the hotel’s foyer the next day.

"We were all standing there boots in hand and not knowing what was going to happen. He [Mains] was tough. He could make guys vomit with his trainings.

"But he totally surprised us. He said no-one can pass Mike Brewer. So he [Brewer] went out and took a left to the car park, then he took another left to go back into the hotel. He then went through the kitchen and into the lounge bar where there was a couple of kegs  waiting for us.

"We stayed there the whole day and that was a great day. The making of us, really."

Otago beat Taranaki a couple of days later in New Plymouth which started an eight-game unbeaten run climaxing in the win over North Harbour in early October to take the title.

This was the final year without  playoffs.

The pivotal match for Otago was against Auckland at Carisbrook on September 21.

Carisbrook was packed to the rafters and Auckland came with plenty of aggression but was minus all of its All Blacks, who were leaving for the Rugby World Cup in the United Kingdom.

Otago got home 17-6 in a tight encounter but there were  plenty of ripples afterwards, with the Aucklanders unhappy with the loss.

Hotton said Aucklanders were never great after losing but it was still a significant victory.

"They never gave you anything. But history says we beat them. We got on top of them and they didn’t like it."

The side then managed to beat Wellington in the capital with Brewer coming off the bench, following his omission on injury grounds from the All Black squad.

That left one match — against North Harbour — to clinch the title.

"I think I scored the winning try. Well I set it up anyway. I can’t remember the celebrations, to be honest. You can’t expect me to remember."

Hotton, who racked up 146 games for Otago, said it was a great mix of personalities.

"There were country guys, town guys and university students and we all got on really well.

"There was a lot of hard work done.

"We all got on so well. Even now if you haven’t seen someone for 10 years and you run into them you immediately can take up from where you left."