They scored three first-half tries, before defending resolutely after the break to emerge with a 24-0 win in the annual interschool’s first XV fixture. 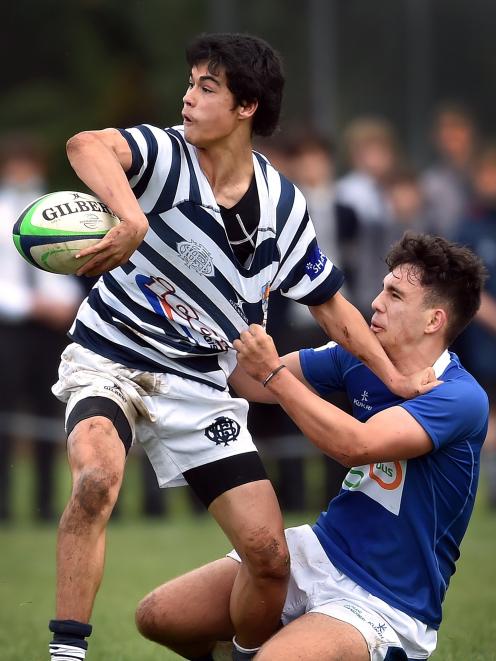 Southland Boys’ threatened from the outset.

They played a far more expansive game, while showing grit in the tight and dominating the set piece.

Kiseki Fifita made a glittering run up the left wing to open the game, before touching down in the corner to open the scoring a minute later.

Otago Boys’ clung on for the next 20 minutes, struggling to get out of their half, but often doing enough to win breakdown penalties.

However, eventually they broke, as right winger Drey Fonoti broke two tackles to score in his corner.

Brilliant centre Richie Kuresa, who was a regular threat both in breaking the line and with his offload, made it 19-0 with a third try on the half hour mark.

Otago Boys’ worked their way into the game after the break.

They pounded the Southland Boys’ line for nearly 10 minutes, although a reluctance to let the ball go beyond the first receiver made for a predictable attack.

The visitors’ defence did not yield, even when reduced to 14 players.

Southland Boys’ absorbed the pressure and let loose through Kuresa in the last minutes, before Fonoti scored a late second try in the right corner.

The match between King’s High School and Waitaki Boys’ High School, also scheduled for today, was postponed due to sickness.