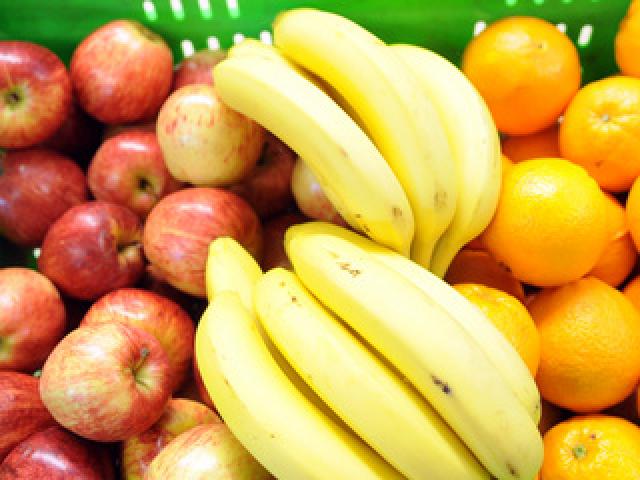 Health-conscious Kiwis feeling the pinch this winter are unlikely to find any respite as fruit and vegetable prices are expected to remain high.
New Zealand food prices edged up in May, mainly through rising meat prices. However, food prices are still 0.1% below what they were this time last year.

Food prices this year are likely to be affected by the mixed influence of lower beef and lamb prices versus higher dairy prices, ASB economist Jane Turner said yesterday.

Overall, food prices rose almost 1% on a year ago - led by fruit and vegetables - and are predicted to continue upward for the rest of the year after being static for the past five months.
An increase in the price of fruit and vegetables was the most significant element of the New Zealand food prices index that showed no overall change in January, after consecutive rises in November and December.
Food prices rose 0.2% in December to give an annual food price increase of 2.9%, Statistics New Zealand figures released yesterday showed.

Cheaper vegetables that are now in season helped push the price of food down last month, according to government data.
Food prices fell 1.3% in Auckland but the 6.6% annual rise highlights the higher living costs facing households in the past year, ASB economist Christina Leung says.

A spike in the cost of tomatoes and broccoli helped bump up the Food Price Index by 2% during July, Statistics New Zealand said.

If you think your teenagers are eating you out of house and home - they probably are.

Rising food prices have started to pinch, with Statistics New Zealand yesterday reporting a 7.4% in the cost of food in the year ended May.
Wages were rising faster than prices, the Government said today as it rejected Labour Party assertions that the soaring cost of food was driving people into poverty.
The New Zealand economy would be in a parlous state were it not for the thriving dairy industry. It has taken many decades for our milk farmers to reach this level of global success, millions upon millions of dollars invested in research and new product development, and a vast amount of capital.

Two weeks ago, the United Nations Food and Agricultural Organisation updated its Food Price Index, a measure with which, since 1990, it has attempted to chart global prices.
Food prices rose higher than expected in January, with the strength of fruit and vegetable prices leading the increase.

High food prices will harm the New Zealand economy, New Zealand Institute of Economic Research principal economist Shamubeel Eaqub says.
All signs point to a period of rising commodity prices for agricultural products.
I was leafing through an old magazine in a hospital waiting room the other day when I came across a joke: "My wife complains that her clothes are so old they are all made in New Zealand."