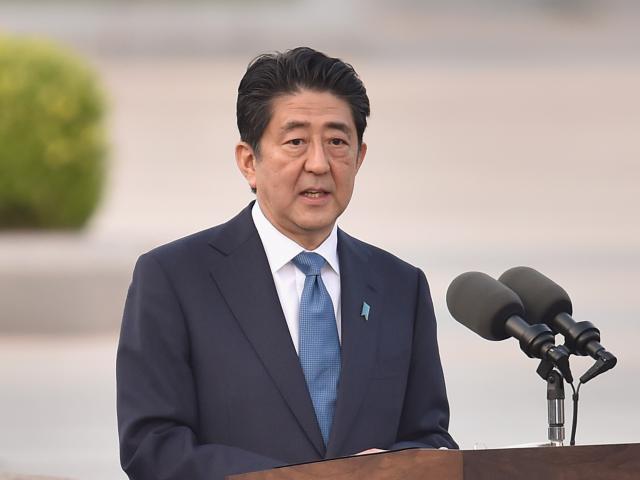 Prime Minister Shinzo Abe, Japan's longest-serving premier, announced today he was resigning because of poor health. 'I cannot be prime minister if I cannot make the best decisions for the people.'

With their stadium devoid of fans due to coronavirus restrictions, Japanese baseball team Fukuoka SoftBank Hawks have come up with an imaginative replacement: dancing robots.

Tokyo was named the world's safest city by the Economist Intelligence Unit, in an index ranking cities' ability to handle everything from climate disasters to cyber attacks.

A man shouted "die" as he doused an animation studio with fuel and set it ablaze in Japan on Thursday, killing at least 33 people in the nation's worst mass murder in nearly two decades.

At least 13 people were feared dead and dozens more either unconscious, hurt, or missing in a suspected case of arson at an animation studio in the Japanese city of Kyoto on Thursday, the local...

US President Donald Trump urged Japanese business leaders on Saturday to increase their investment in the United States while he chided Japan for having a "substantial edge" on trade.

More than 40 people were injured in an explosion on Sunday at a bar in Sapporo in northern Japan, Kyodo news agency reported.

Five US Marines were missing after two Marine Corps aircraft collided in mid-air and crashed into the sea off the coast of Japan during an air-to-air refuelling exercise.

Japan issued evacuation advisories for more than a million people and cancelled hundreds of flights as Typhoon Jebi sliced across the west, cutting power, overturning cars and killing at least six people.

Rescuers in Japan dug through mud and rubble on Monday, racing to find survivors after torrential rain unleashed floods and landslides that killed at least 112 people, with dozens missing.

The death toll from unprecedented rains in Japan rose to at least 64 on Sunday after rivers burst their banks and forced several million people from their homes.

Japanese public broadcaster NHK issued a false alarm saying North Korea appeared to have launched a missile and urging people to take shelter, but it managed to correct the error within minutes.

A Shinto priestess was killed on the grounds of a famous Tokyo shrine by a man wielding a traditional Japanese sword who then killed another woman before committing suicide.

Emperor Akihito, who has spent much of his nearly three decades on Japan's throne seeking to soothe the wounds of World War Two, will step down on April 30, 2019 - the first abdication by a Japanese monarch in about two centuries.

A US Navy transport plane carrying 11 people crashed in the Philippine Sea south of Japan as it flew to an aircraft carrier and three people were missing, in the latest Navy accident in the region.

Japan's Emperor Akihito is likely to abdicate at the end of March 2019 and Crown Prince Naruhito is expected to ascend the throne in April, the first abdication by a Japanese monarch in nearly two centuries.

Flooded rivers have forced 400,000 people from their homes as record rains batter southwestern Japan for a second day.